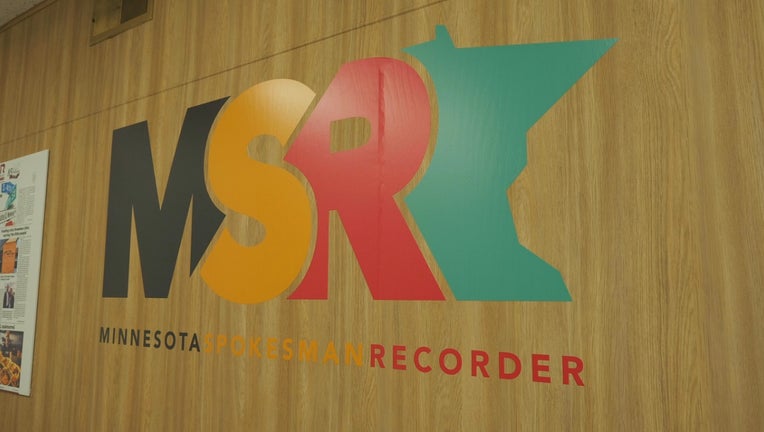 Now the oldest Black newspaper and Black-owned business in the state is making headlines for a different reason.

For nearly 90 years, the Minnesota Spokesman-Recorder has informed, inspired, and educated the Twin Cities African American community. Now the oldest Black newspaper and Black-owned business in the state is making headlines for a different reason.

"I love it for the fact that more people are going to know about the MSR," said publisher and CEO Tracey Williams-Dillard.

Williams-Dillard says the newspaper is one of six Black-owned businesses in Minneapolis and St. Paul to be featured in the sixth season of Deluxe Corporation's Small Business Revolution.

The TV show offers small business owners marketing and branding help as well as financial guidance. Williams-Dillard says it chose to focus on the Twin Cities after the pandemic and the social unrest following the murder of George Floyd.

"It is that shot in the arm to help us get into the next phase - whatever that next phase may be - but you need that extra push," said Williams-Dillard.

She says the show also repainted the newspaper office, redesigned its logo, and updated its computers and furniture.

The biggest benefit of the show is the exposure of being on Hulu and Amazon Prime where people around the world will be able to see the newspaper's contributions to its community.

"It's important to me that we get this publicity, this recognition out in the community so people know we exist," Williams-Dillard said.

Williams-Dillard says the Spokesman-Recorder was started by her grandfather Cecil Newman in 1934 to give a voice to the voiceless and chronicle the Black experience in Minnesota for another nine decades.