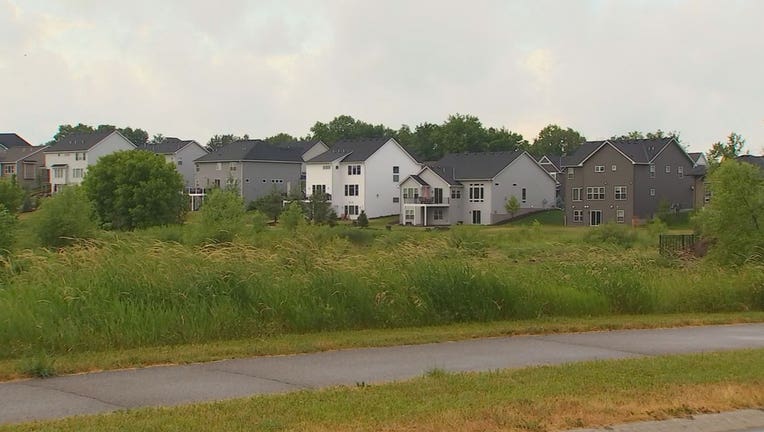 A community in Victoria, Minnesota is worried about a sex offender moving into the neighborhood.

VICTORIA, Minn. (FOX 9) - A Carver County community has collected more than 2,000 signatures in an effort to stop a level three sex offender from moving in next door.

Last week, the Carver County Sheriff notified the community of Victoria that a 42-year-old registered sex offender would be moving to the neighborhood in just a matter of days. He is a level 3 sex offender, a classification that indicates the highest risk for re-offense.

Parents there are concerned, as the offender was convicted of sexually assaulting two young girls when he was a substitute teacher in neighboring Chaska.

Some community members in Victoria are concerned about the announced presence of a sex offender that is moving to the neighborhood.

"This is the type of person who has already proven that they can’t follow the rules that are established for them to abide by," said father Zach Husted. "There’s about 700 children in this community and they’re in the target profile of who this person violently and sexually assaulted."

Officials recognize that the man is moving into a new development that has many school-aged children, but Department of Corrections officials said they looked at all those factors before approving the request.

"I feel actually it is a lack of responsibility that they aren’t taking into account the neighborhood that they’re bringing him into and the lives that it's affecting," said Autumn Paschke, a mother of two in the neighborhood.

The Minnesota Department of Corrections says level three offenders that are highly monitored, which he will be, have a very low rate of recidivism. Living with family, as this man will, provides the best stability and chance at recovery.

That is not easing parents’ fears, however. An online petition now has more than 2,000 signatures and neighbors asking the state to reconsider his place of residence.

In response to the outcry, the sheriff is hosting a community meeting Monday at 6 p.m. at Lion’s Pavillion in Victoria.