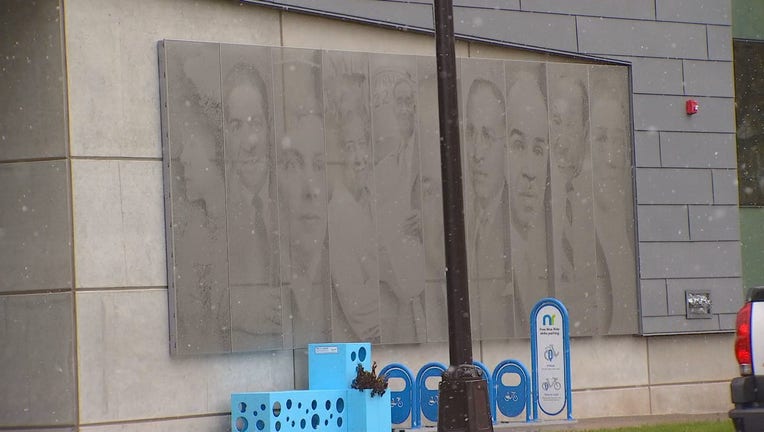 The intersection of Penn and Plymouth is a center of Black history in north Minneapolis.

MINNEAPOLIS (FOX 9) - The city of Minneapolis’s Division of Race and Equity collected oral histories from 90 community elders for the Northside Oral History Project.

The corner of Plymouth and Penn Avenues has been at the heart of the Black community on Minneapolis’s north side for decades. Now, the histories of the people who live there are taking center stage, too.

The Northside Oral History Project commissioned four artists to turn those tales of life in North Minneapolis over the last 50 years into works of art, including a short film featuring spoken word poetry that premiered via Zoom Monday night.

“Oral history in the Black community has a long tradition,” said Ebondy Adedayo, of the Minneapolis Division of Race and Equity's Recast Program. “It is a cultural thing, stemming from before coming to the United States as slaves hundreds of years ago. That was the way we communicated and transmitted knowledge.”

The city chose to focus on Plymouth and Penn because it has been the site of so many historic events over the last half century, from the Plymouth Avenue riots in the late 1960s to the shooting of Jamar Clark and the occupation of the Fourth Precinct that followed just a few years ago, in the hope of building more trust between city leaders and members of the community.

“What continues to happen in the place over the span of 50 years and really wanted to document that history and do some truth-telling so city staff and elected understand that this is where the community is coming from in their desire to promote change,” Adedayo said.

In the end, organizers hope looking at North Minneapolis’s past will help move it towards a brighter future..

“Celebrating what the community, in spite of the bad rap north Minneapolis gets, celebrating the fact that this is a community that has worked really hard to push and move itself forward,” Adedayo said. “Really wanting to shine a light on how people have done that over the last 50 years.”