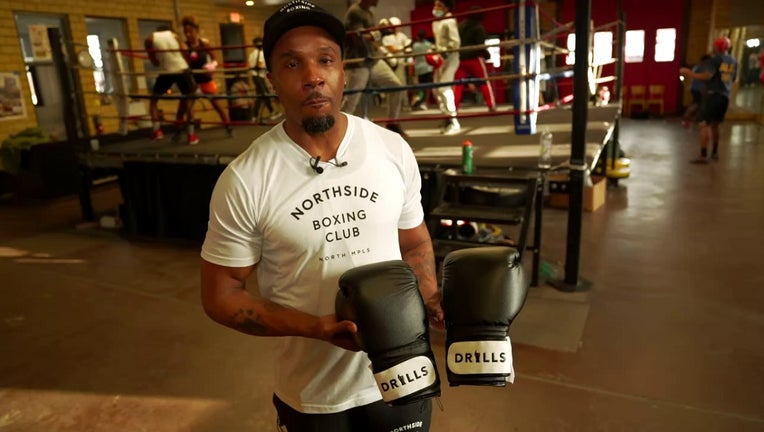 MINNEAPOLIS (FOX 9) - Every afternoon, an old fire station in North Minneapolis fills up with young people learning the ins and outs of boxing.

But the gym has found a new way to help give these kids a fighting chance.

Every afternoon, an old fire station in North Minneapolis fills up with young people learning the ins and outs of boxing. But the gym has found a new way to help give these kids a fighting chance.

"What I love about boxing is it mirrors life. It mirrors life to me. So I prepare these kids outside the ring and I can teach them everyday habits about that vision, about them winning or whatever they want to do in life and I can just do it through boxing," said coach Phil "The Drill" Williams.

The Northside Boxing Club started six years ago, to keep young people off the streets and feed them a nutritious meal after school.

Williams, who is known for what is believed to be the fastest knockout in professional boxing history, has been coaching at the club since the beginning as a way to give back to the community.

"Because it was me. I was one of those kids coming up looking for direction and I didn't have it. When I found boxing, it helped me so much in life and it's helping me fight through life right now," said Williams.

Now, Northside Boxing has teamed up with a national sporting goods manufacturer to make their own boxing gloves, called Drills after Williams' nickname.

"Because I was drilling people knocking them out," said Williams.

They're available on Amazon, with all proceeds paying for the club's after-school activities, so the kids don't have to.

"Whatever we have to do to raise money to keep 'em coming here, so we can keep feeding them these principals," said Williams.

Williams says Drills now stands for "Directly Related to the Inner city with Love and Loyalty" and he believes they'll be a knockout.

"It's going to be successful. It's going to do what we sent it out to do and that sustains the gym," said Williams.