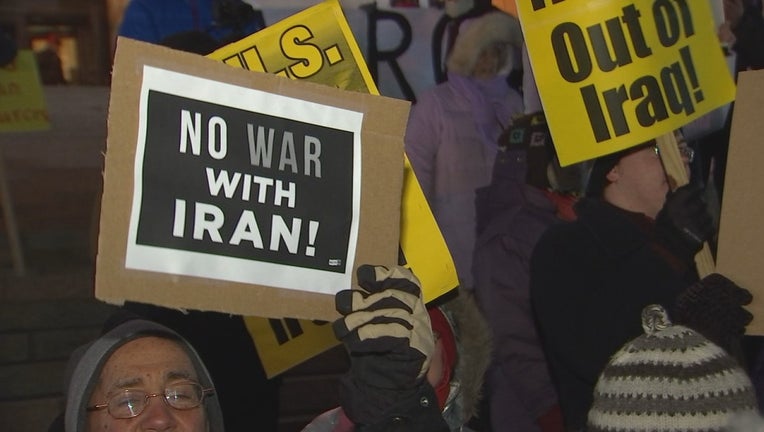 Protesters in St. Paul called for peace with Iran as part of a nationwide protest.

As Congress voted Thursday to approve a War Powers Resolution, families, veterans and activists were gathering at the state Capitol to plead for peace with Iran. Nearly 100 people participated in the rally to denounce the escalating tensions in the Middle East.

"I'm concerned that both of my children might end up in a war and that's not something that I considered when they were born," said Cynthia Miller of Roseville, Minnesota.

Close to 185 protests were happening at the same time nationwide demonstrating against what they say are President Donald Trump's reckless actions against the Islamic Republic.

"We cannot allow this to happen,” said one protester. “This administration is trying to ignore the separation of powers that keep our country from decisions of going into tyranny."

The protests come less than a week after the United States killed Iranian General Qasem Soleimani and two days after Iran struck Iraqi sites housing U.S. military in retaliatory missile strikes. Some veterans who fought in Vietnam and the Gulf War decided to protest at the Capitol because they fear history repeating itself.

"All these wars are nothing but a string of lies," said Tom Bauch of Falcon Heights.

This is the second week in a row that the Twin Cities was one of dozens of locations where protests were organized across the country.

Organizers of the protests across the country have demanded they be non-violent and to de-escalate any potential confrontation with those in attendance who disagree.