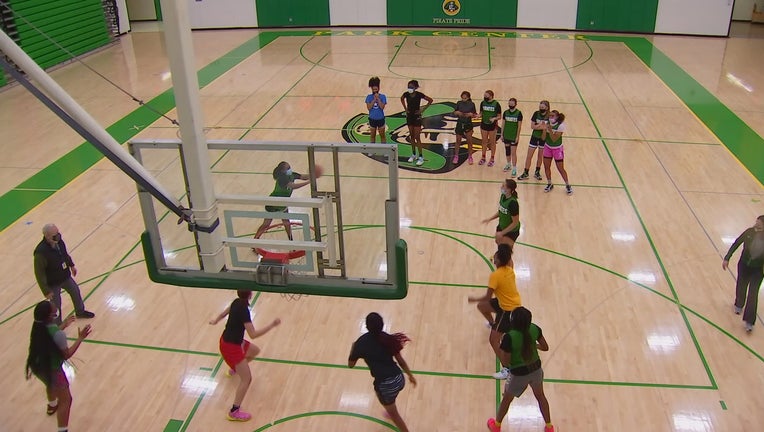 The denial runs counter to several parents who told the Senate Health committee that their kids had been hurt when their masks restricted their breathing or line of sight.

Assistant state health commissioner Dan Huff said he knew of three "credible reports" of possible mask-related injuries, though none had been officially linked to masks. Health officials have been working with the Minnesota State High School League and youth sports associations to track the impact of mask-wearing, Huff said.

"We've not heard of any increase of injuries due to masking," Huff told senators. "Nor have our colleagues in other states. What we do know is it is an effective way to control COVID, and we know that COVID is continuing to be rampant in our state."

The three cases of possible mask-related injuries involved two concussions, one reported by the MSHSL involving a mask obstructing an athlete's vision. In another case, a parent reported a hockey player's concussion to the Minnesota Department of Health. In the third case, a parent sent video to the Health Department showing a basketball player falling down.

Minnesota Gov. Tim Walz allowed youth and high school sports to restart in January, but required players to wear face coverings. In some cases, full-face shields made by equipment manufacturers can be used, according to state guidance.

A group called Let Them Play MN is suing Walz over the mask requirement, arguing that it is dangerous to athletes.

Against that backdrop, the Republican-controlled Senate Health committee held its hearing Wednesday.

Corey Peterson of New Prague told senators that his 14-year-old son suffered a concussion while playing hockey after being checked by another player. Peterson said his son's vision had been obstructed by his mask.

"I’m thankful it’s just a concussion," Peterson said, becoming emotional as he spoke. "Nobody wants to say anything either because they don’t want hockey shut down or sports shut down."

Minnesota health officials said their decision to shut down youth and high school sports this fall came after a spike in sports-related outbreaks. Outbreaks are defined as two or more confirmed cases among players or coaches within a 14-day time frame. The average outbreak had five cases, Huff said.

Outbreaks are happening again now that sports have restarted but at lower levels than the fall, according to health department data that Huff presented to senators Wednesday.