It was a problematic home sale: a failed retaining wall, the ground infilled with unopened bags of mulch, wallpaper concealing holes in the walls, the backyard slipping away into the nearby creek and an unpermitted porch structure on the verge of falling away with it.

PLYMOUTH, Minn. (FOX 9) - It was a problematic home sale: a failed retaining wall, the ground infilled with unopened bags of mulch, wallpaper concealing holes in the walls, the backyard slipping away into the nearby creek and an unpermitted porch structure on the verge of falling away with it.

A recently married Minnesota couple who purchased the home in Plymouth say the safeguards they thought were in place to protect them failed them when undisclosed issues with the property began to surface.

Timothy and Tommie Hayes told the FOX 9 Investigators they had hoped to retire in the home they purchased, but it has now become "a nightmare."

"We were moving mirrors off the wall and finding holes in the sheetrock behind wallpaper. We were finding the fact that we had no smoke detectors in our home, so we immediately called our realtor," Tommie said.

There were other issues that surfaced, including a foot of copper tubing behind the stove and electricity outlets placed near the water collection basin for the sump pump in the basement of the home.

"I don’t know why this wasn’t something that was even flagged in our inspection," Tommie said. 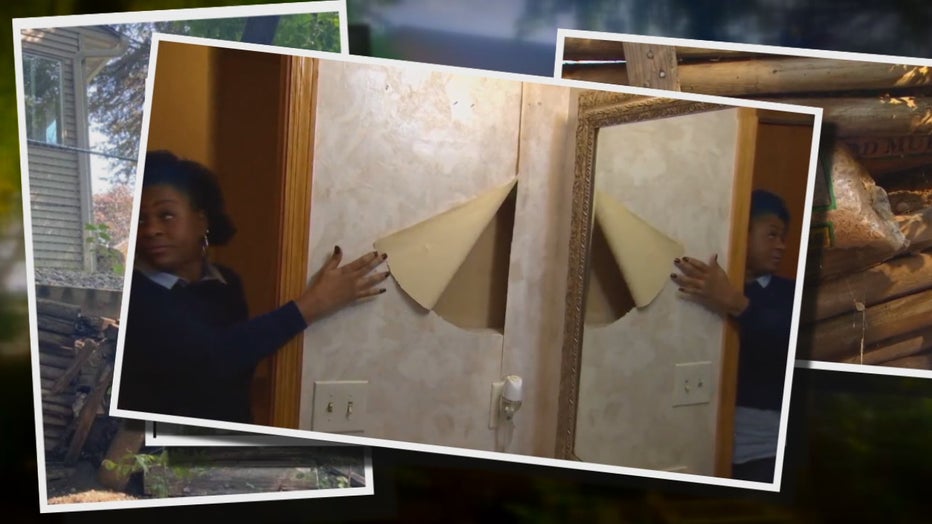 Other problems include a failing retaining wall in the backyard, a chain-link fence that remains unsecured and can easily be pulled out of the ground.

Underneath the ground, the Hayes found unopened bags of mulch used to firm up the ground – something no homeowner would expect to find. The hillside is subsequently slipping away toward the nearby creek, and the Hayes fear the three-season porch is on the verge of falling away with it.

"I do not feel safe at all with the house in this condition," Tommie said. "We would have never purchased a house to know that this was the condition."

However, some of the more troubling problems were in the back of the property surrounding a three-season porch.

Records reveal the porch in question was added on by the previous homeowner Buick Alavy back in 2007. However, city records show no permit was ever issued for the added structure.

There was a code violation issued where the city worker notes the "porch-like structure being built close to wetland, almost complete and no permit." 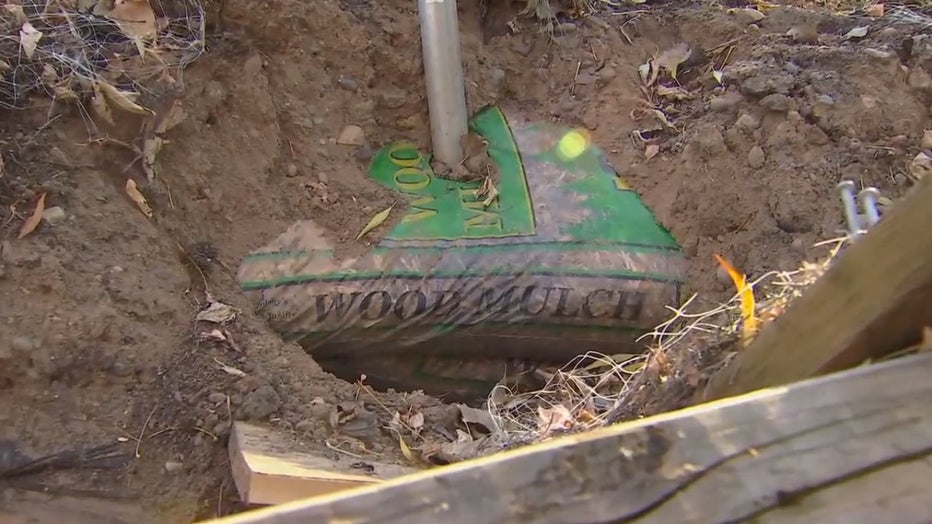 The Hayes claim the previous homeowner never disclosed any of that information before they purchased the home.

"The answer on the disclosure was no – that there was no work done that you know to the home where the proper permits weren’t obtained, and he says no," Tommie said.

The Hayes have since taken their case to arbitration to settle the dispute outside of the court system. The couple is seeking about $150,000 from the previous homeowner so they can make the proper fixes.

In a written response to the arbitrator, the former homeowner Alavy denies accusations of trying to cover up problems, writing that there was "no fraud, misrepresentation, negligence or omitted information."

The Hayes still wonder how the initial inspectors they hired could miss so many red flags in the first place.

"I feel we were failed in our inspection. We also requested a refund from that and were able to get a refund," Tommie told the FOX 9 Investigators.

In the State of Minnesota, there is no licensing requirement for general home inspectors unlike in neighboring Wisconsin.

Some experts urge caution when depending on inspectors.

"It’s really important for the buyers to do their own due diligence," said Susan Dioury, Vice President of Risk Management at Minnesota Realtors.

"It’s up to the buyer in Minnesota to determine the qualifications of whoever they’re going to engage to do that inspection for them and they really should think about what the expertise of that person is designed to be," Dioury said. "So you might have a general inspection versus somebody who’s specifically there to inspect the well or specifically there to inspect the septic system or the sewer lines or radon testing."

In hindsight, the Hayes also urge due diligence.

"Top to bottom. In and Out," Timothy said. "Make sure the inspectors do what does need to be done before you purchase."

As the Hayes struggle to settle into home sweet home, they believe the safeguards from inspections to permitting to realtors – which are all designed to protect home buyers – simply let them down.

"It's definitely been overwhelming. I've lost plenty of sleep and I there are several nights that I cannot sleep. I've had several dreams, or I don't know if they're actually dreams, maybe nightmares of,  the weather conditions causing the collapse of that porch. So for me? Emotionally, I've had a lot of anxiety about this whole thing," Tommie said.

The arbitration hearing was recently held for the Hayes case and the couple is expecting a judgment on the matter within a few weeks.

The Minnesota Realtors organization is aware of at least 64 problematic home sales in 2020 that ultimately led to arbitration.