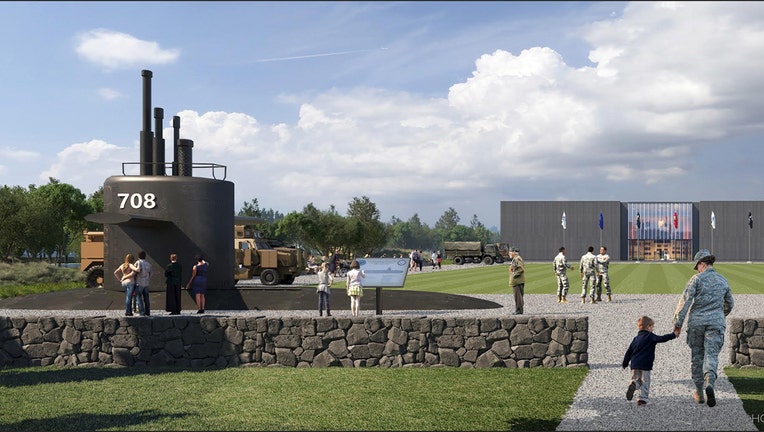 One renderings of the newly proposed facility that would increase the Minnesota Military & Veterans Museum campus to 40,000 square-feet across 32 acres.

(FOX 9) - The Minnesota Military & Veterans Museum has announced renderings of a proposed new $33 million facility that would increase its campus to 40,000 square-feet across 32 acres.

According to its site, the Minnesota Military & Veterans Museum is the main wing of the Military Historical Society of Minnesota – a non-profit chartered to "preserve and explain Minnesota’s military history."

To date the Museum has raised more than $18 million for the project, according to an announcement. Currently, the museum board still needs $5 million from private donors to help complete the project, given the $10 million appropriation from the Minnesota Legislature last session (though it was held up in the bonding bill for the time being).

Located just outside of Camp Ripley, a grand opening is tentatively set for the spring of 2025.

The Museum currently continues its focus on "living history" and telling the stories of 9/11.

A special Post-9/11 Exhibition debuted last year for the 20th Anniversary of 9/11 at the State Capitol. Throughout the year it made several stops in Minnesota, including Duluth, Mankato and Arden Hills.