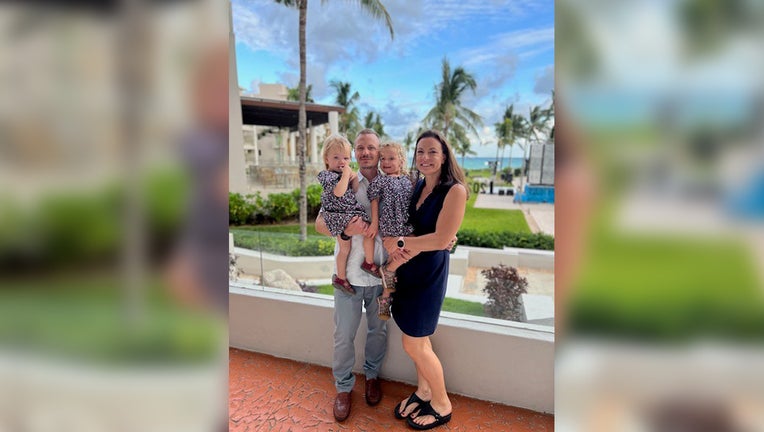 (FOX 9) - The lifting of mask mandates on US airlines came a day late for a Minneapolis family, who was kicked off a United Airlines flight Sunday because their two-year-old wouldn't keep her mask on.

Devon and Annie Callahan were traveling from New Mexico to Minnesota with their two children when a flight attendant informed them that their youngest needed to put a mask on or they would be escorted off the flight.

"We finally got it on- I mean, she's kicking and screaming – but she had the mask physically on and they said, ‘no its too late, you have to get off.’"

Both parents are Twin Cities doctors who worked through the pandemic, treating COVID patients. They said they were shocked and dismayed by the lack of compassion the flight attendant showed for their situation.

"At the hospital, we have mask policies as well, but in certain circumstances… we are flexible," he said. "That kind of empathy was lacking."

United Airlines told Fox 9 that the flight crew was simply enforcing the federal mask law that was in place at the time, and that they have refunded the family for the cost of their return flight.

Callahan said the family rented a car and drove 20 hours through the night to get home to Minneapolis, arriving just in time for the mask mandate to be lifted.

A few hours after pulling into their neighborhood Monday, United Airlines announced that masks are now optional on all domestic flights following a federal judge's ruling.

After a confusing day for some flyers, that started with a federal judge striking down the CDC's mask mandate for public transportation, a spokesperson for the Minneapolis-St. Paul International Airport says the airport is lifting its mandate.