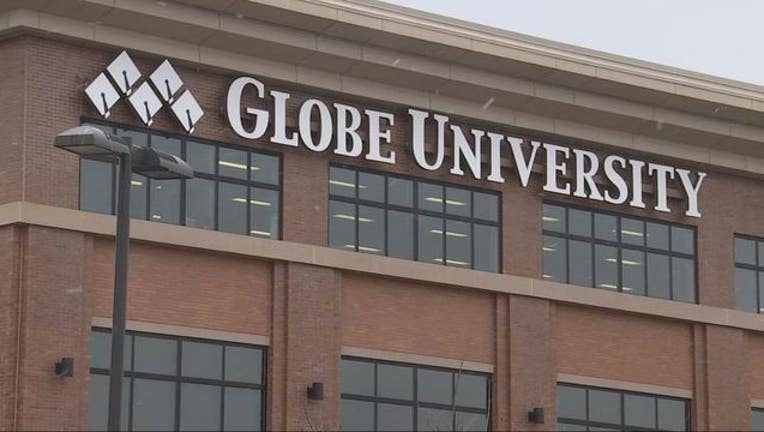 (KMSP) - Nick Southerton says he joined the Navy and did a tour in Afghanistan purely so he could eventually earn a nursing degree. Now, he's one of a few dozen nursing students at Globe University and Minnesota School of Business who is just two classes away from graduating.

Since the US. Department of Education dropped the for-profit schools from the federal student loan program last month, the doors at the schools are closing, and Southerton is scrambling.

“I spent seven months hop skipping around IED's to earn my GI Bill," said Southerton. "I don't have that anymore. I'm not going to get it back. So, even if I wanted to get another degree, I can't. I'm stuck between the worst place possible.”

Jenny Humphrey is a classmate of Southerton and has paid for her nursing classes entirely with student loans. She now owes almost $100,000.

“I need to graduate because if I don't have a degree by the time I'm done, I need to start paying these loans back,” said Humphrey. “If we graduate a semester later - that's a semester we could have been making a nurses salary."

Since learning all this in December, Humphrey and Southerton hoped Concordia University could save the day. A spokesperson  for Concordia said they are in the process of acquiring Globe's entire nursing program.

In fact, half a dozen faculty members from MSB and Globe have already started working at Concordia.

However, despite trying to expedite the accreditation process, the nursing program is not going to be approved in time to start spring semester on Monday. The spokesperson says while they remain hopeful, the situation and timing over the holidays has been less than ideal for everyone.

“I feel like time is such a big thing. You can't repay someone's time, all the hard work we've put into nursing school,” said Humphrey.

A Hennepin County District Judge is ordering Minnesota School of Business and Globe University to pay restitution to those who enrolled in the criminal justice program, which was falsely marketed to students. Nursing students who spoke with Fox 9 said they are having a difficult time getting help from anyone.

Halunen Law is currently investigating a class action lawsuit on behalf of the students. Halunen also represented the whistleblower who initially drew attention to the problems at the schools.

“We all want to be nurses," said Southerton. "We all enjoyed our clinical. We love what we do and being this close to it and saying no your dreams are not going to happen. It's sad. It's so sad."