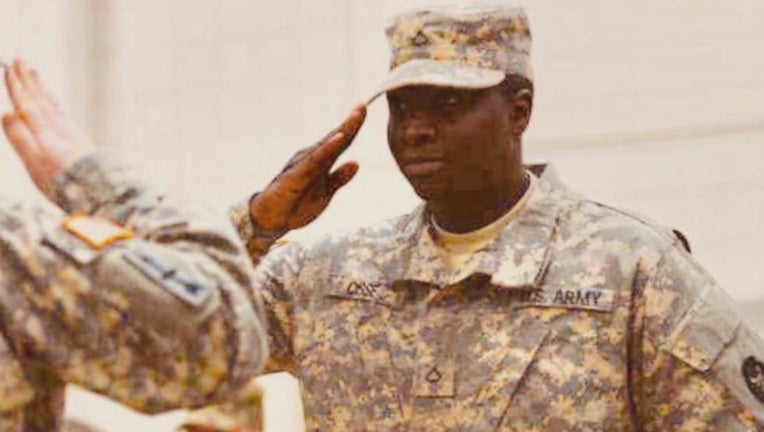 MINNEAPOLIS (FOX 9) - One week after a 27-year-old man was killed in the Marcy Holmes neighborhood in Minneapolis, police are still looking for the person responsible.

In the meantime, Abdoulaye Cisse, who died on his 27th birthday, is being recognized for his service in the Minnesota National Guard.

One week after a 27-year-old man was killed in the Marcy Holmes neighborhood in Minneapolis, police are still looking for the person responsible. Video of Ceremony Courtesy: Mamadou Ka

Wednesday, officials honored Cisse for his dedication and service. He was known for being incredibly smart and multi-lingual, but it seems Cisse will be remembered most for his good character.

“He was so nice and he was by far the nicest soldier we had,” said a fellow Guard member at the ceremony. “I just wanted to thank you because you raised a really great man.”

Last week, it appears Cisse came face-to-face with a car burglar. He was stabbed and despite almost immediate life-saving efforts, he died at the hospital.

But Cisse most certainly left his mark.

“The legacy that this man was planning on leaving on this Earth, he started his journey, and he was unable to complete it,” said a Guard member. “But he’s already left his mark at the age of 27. We have soldiers that are testifying that they only went back to college to finish their degree because of this young man. What a legacy.”

Cisse had just re-enlisted in the National Guard and was set to be an intelligence collector. He will be laid to rest Friday in his family’s home country of Senegal.

The homicide remains under investigation. The neighborhood has planned a number of safety walks, including one Wednesday night.