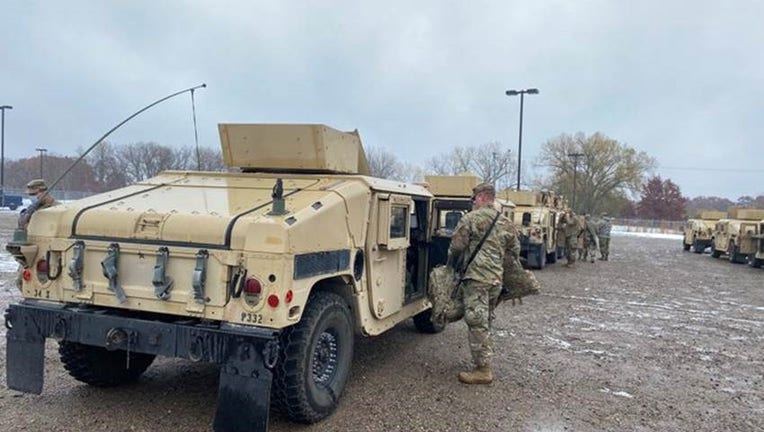 Hennepin County District Court Judge Peter Cahill denied motions to dismiss the charges against the four former Minneapolis police officers charged in Floyd’s death with the exception of the third-degree murder charge against Derek Chauvin, which he dismissed.

Law enforcement were seen boarding up the windows at the Hennepin County Government Center in downtown Minneapolis Thursday morning over potential unrest following several rulings in the George Floyd case.

Chauvin remains charged with second-degree murder and manslaughter while the other three officers—Tou Thao, J. Alexander Kueng and Thomas Lane—are charged with two counts each of aiding and abetting.

Walz called the judge’s decision to keep eight of the nine total charges against the four offices a “positive step in the path towards justice for George Floyd.”

However, the City of Minneapolis requested the National Guard to assist with any possible unrest over the dismissed third-degree murder charge.

The Guard is mobilizing 100 soldiers as well as providing equipment and facilities to Minneapolis.