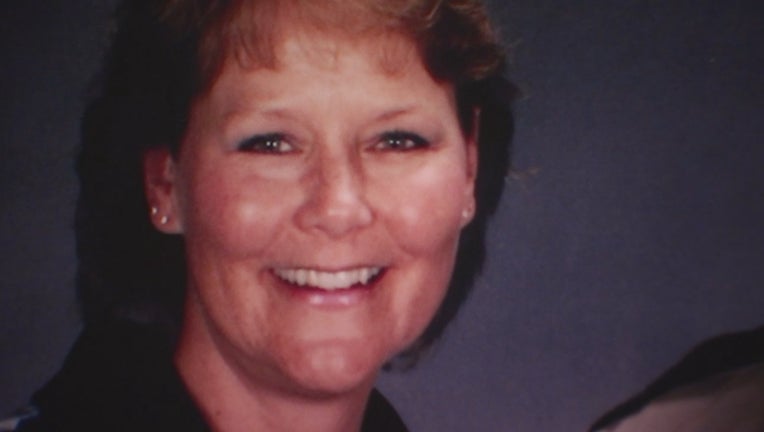 Deb Schott, a flight nurse died in a helicopter crash in Brainerd, Minnesota in 2019. (FOX 9)

LESTER PRAIRIE, Minn. (FOX 9) - Nearly one year later, families of the victims killed in the fatal North Memorial helicopter crash are still grieving. Sunday marks one year since the helicopter crashed while landing near Brainerd, Minnesota.

“She’s very kind. She loved nursing,” said Gary Schott, Deb’s husband. “She basically has been a nurse since she was 19.”

A wife, a mother, a grandmother, a nurse, a travel enthusiast and also someone her husband misses every day.

“I still remember the last supper we talked before she went up for her shift,” said Gary.

They spoke of weekend plans that never happened. One year ago, Deb, the pilot and a paramedic had just dropped off a patient at North Memorial and were heading back to Brainerd Lakes Regional Airport when the helicopter went down.

“I get upstairs and look through the door and I could see uniforms. My heart just sunk,” said Gary.

“The first three months were awful,” said Gary. “I was just in a daze. It was such a shock, such a difference and basically lost.”

Gary Schott says some days hit harder than others.

“It’s just hard. I don’t have a best friend to travel with anymore,” he said.

As the NTSB investigation continues into the crash, Gary says a final report may not come until January. He’s hoping for some closure after a difficult year.

“I tell people make sure to give your wife a hug every night ‘cause you just don’t know,” he said.

There will be a memorial service on Sunday on the one-year anniversary for both Deb Schott and McDonald, who were both killed in that crash. It will take place in Brainerd. There will also be a service at North Memorial in Robbinsdale.