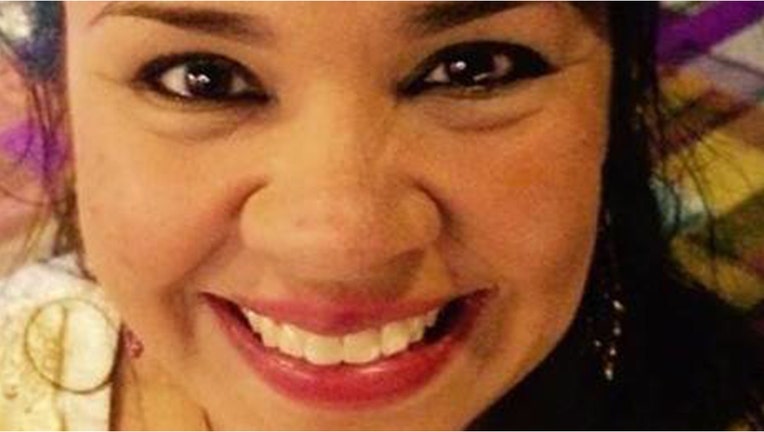 (FOX 9) - Elisa Gomez had been married a mere 12 hours when her lifeless body was found hanging from a basement door frame by a red silk scarf, a footstool underneath her.

In November 2017, the Hennepin County Attorney’s Office declined to file charges against Gomez’s husband, who FOX 9 is not naming because he wasn’t charged with a crime.

"I felt like they felt her life was meaningless and they just wanted to push it under the rug and put it off to a possible suicide," Hunt said.

Death of the bride

Gomez would travel the country rescuing abandoned dogs. Friends say her habit of taking in strays extended to the man she would marry.

According to previous interviews with her friends and family, Gomez met the man when she posted an ad on craigslist for some help around the house.

They began dating almost immediately, with their courtship lasting only two months before they eloped.

On October 10, 2016, Gomez and her suitor went to the government center in Edina to get married.

That night, they celebrated with friends at the Cedar Inn Sports Bar and stayed until closing, before going back to Gomez’s home on Cedar Avenue to party some more.

According to Minneapolis Police Department reports, around 3 a.m. the next morning neighbors heard a couple screaming and cursing outside and called 911. By the time police arrived, the couple had gone back inside.

A roommate told police the newlyweds slept apart that night, with Gomez in the basement and the groom on the couch upstairs.

The roommate told police in the morning, the groom "freaked out" and was hysterical, muttering to himself, and ran upstairs.

It was the roommate, not the husband, who cut Gomez down from the rafter.

The Hennepin County Medical Examiner ruled the cause of death "ligature hanging under uncertain circumstances." But the medical examiner could not determine whether it was suicide or homicide.

There were no other signs of injury or a struggle, according to the autopsy. But the medical examiner wrote, "cannot exclude potential injury by another person."

The family has said the groom didn't act like a grieving husband and didn't attend his bride's funeral.

After her death, the home was ransacked by meth addicts, the family said, with someone writing ’til death do us party,’ on the basement wall.

Gomez’s mother said when she asked the groom what happened, his response was callous.

"He said, ‘We got married, my friends were over, and she didn’t like my friends, so we got into an argument, and then I found her f---ing body hanging,’" Hunt recounted the conversation.

"I mean who says this to a mother who has just heard her daughter has died," Hunt said fighting back tears.

A history of violence

The man’s ex-wife and a previous girlfriend shared their stories in 2018 with FOX 9.

The ex-wife said she was 19-years-old when she met the man, and they too quickly married.

She told FOX 9 the abuse began almost immediately, and always when he was drinking.

On two occasions he choked her to the point she almost passed out. FOX 9 corroborated her story with police reports and two criminal charges of domestic assault.

"He gets this crazy look and started strangling my neck. I was so terrified," the ex-wife told FOX 9.

At that point, the couple had been divorced seven years ago and he hadn’t seen his two children.

Another woman, who dated the man for eight months described similar physical and emotional abuse. She told FOX 9 in 2018 that she never filed a police report.

"He said she was ‘f---ing dead, hanging there. But they can’t pin it on me,’" Finley recounted.

"He just shrugged it off with a smirk. They can’t pin nothing on me," Finley said.

"When he was drunk, he told me, ‘I must’ve done it with the right scarf.’ And I kind of looked at him, like ‘What are you talking about?’ And then he laughed and kept drinking alcohol," Perez said.

Kim Mendoza and the man left Minnesota in 2017 and were arrested in Oklahoma for burglarizing a home and using methamphetamine in the presence of Mendoza’s two young children.

"She’d been sober for eight years until she met him," her mother said.

Gaps in the investigation

By 2018, two years after Gomez’s death, Minneapolis Police had not interviewed the man’s ex-wife and girlfriends.

In addition to the Gomez family, a dozen people contacted Minneapolis police, according to their reports, to tell them they believe the groom killed Gomez.

The Gomez family believes police became fixated that it was a suicide.

Elisa’s adult daughter told police her mother had often talked of suicide, but she also told police she didn’t think she would ever attempt it. The daughter told FOX 9 in 2018 she believes police over-interpreted what she had said.

Detectives had also recovered text messages between Gomez and the man she would marry in the weeks before her death.

In one text message, Gomez allegedly wrote, "Listen, I took a whole bottle of Advil. I tried to kill myself, that should tell you something."

Her future husband responded, "If you tried to kill yourself you are worthless to me. I would love to take the easy way out also, but I can’t."

Gomez allegedly wrote back, "Whatever I did am sorry. Come back to me."

Gomez’s mother, Judy Hunt, said in 2018 she doubts the messages are authentic.

"I don’t really even know if those text messages were really from her, because he used her phone all the time. He texted me all the time from her phone, even texted her friends on her phone. He never used his own phone," Hunt said.

In a prepared statement, Minneapolis police said, "Reopening of a case for review is common when new information becomes available… In this case, the current Homicide Unit leaders were made aware of a letter from the Minnesota Department of Public Safety’s Office of Justice Programs asking for the case to be reviewed."