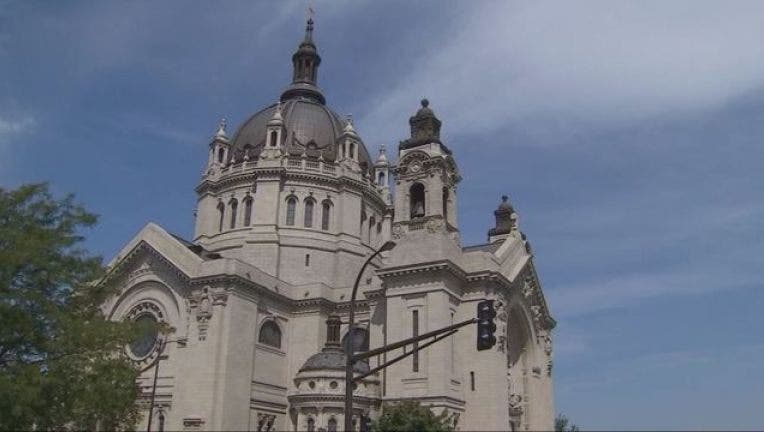 The Archdiocese of St. Paul and Minneapolis will allow churches to resume Mass on May 26. The Minnesota North and South Districts of the Lutheran Church-Missouri Synod set a resumption date of May 31.

Some Minnesota churches plan to reopen despite order

Minnesota Catholic churches and some Lutheran churches are planning to reopen this month for services in defiance of the order from the governor.

Walz has not lifted most restrictions on churches -- even as he announced Wednesday that outdoor dining can restart and hair salons may reopen at limited capacity June 1. Right now, churches are limited to 10 or fewer people.

“An order that sweeps so broadly that it prohibits, for example, a gathering of 11 people in a Cathedral with a seating capacity of several thousand defies reason,” Archbishop Bernard Hebda wrote in a letter with Minnesota's bishops.

According to the letter, parishes will need to limit attendance to one-third of the church's capacity as well as follow sanitation and social distancing guidelines. The bishops of Minnesota, however, will continue to dispense the obligation to attend Sunday mass.

A U.S. District Court judge in Minnesota will conduct a hearing about a temporary restraining order on behalf of Minnesota churches to suspend enforcement of Minnesota’s Stay Safe MN order as it relates to religious services, a legal group announced Thursday.

The telephone hearing is scheduled for 1 p.m. Tuesday. It will address the Governor’s current phase of the Stay Safe MN order, which restricts church services to 10 people or fewer.

The Upper Midwest Law Center is representing the churches in the case. It argues that while 50 customers will be allowed to eat at restaurant patios when they reopen June 1, it is still not legal for more than 10 people to gather for worship.

“Our church clients do not want to insulate themselves from public health requirements, they simply wish to incorporate the same health requirements that the Governor applies to a restaurant or a candy store to their religious gatherings,” said Dough Seaton, the president of the Upper Midwest Law Center.

Walz's latest order touched off a cascade of criticism from Republican lawmakers. The Republican leader of the Minnesota Senate, Paul Gazelka, said he was "dumbfounded" by the decision not to reopen churches.

Walz said his administration "struggled" over the decision and told reporters that "there's a strong sense of urgency to figure this out." But he did not give a timeline.

Both the Archdiocese and Lutheran Church said they had submitted plans to Walz's office on how they wanted to safely reopen.

"In the absence of a timeline or any other assurances that churches will soon be able to reopen, we find that we must move forward with our religious exercise in a safe manner," Rev. Donald Fondow and Rev. Lucas Woodford wrote in a letter to Walz and Attorney General Keith Ellison.

Teddy Tschann, a spokesman for Walz, did not directly address Hebda's comments but said the governor would be meeting with the Archdiocese this week.

"He remains in routine communication with faith leaders across the state and understands the toll this pandemic is taking on the spiritual health of Minnesotans," Tschann said in an email.