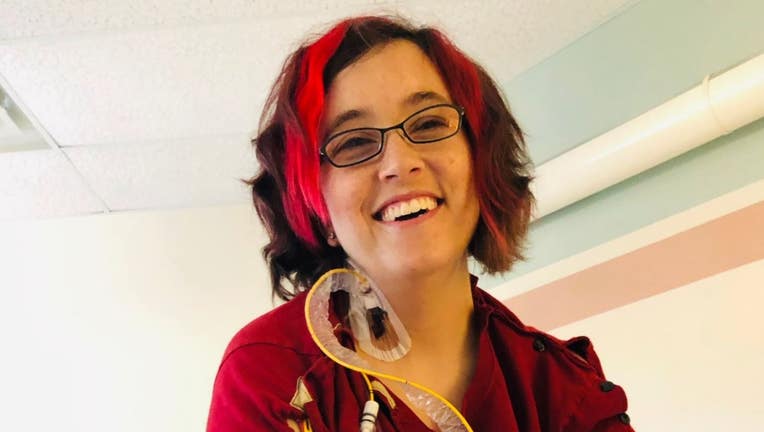 Elizabeth Sammons had been waiting for a second heart transplant in Rochester when she passed away.

ROCHESTER, Minn. (FOX 9) - A Minnesota woman known for making scarves by the hundreds for the homeless has died while waiting for a second heart transplant.

At 10 p.m. Saturday, Elizabeth Sammons posted her final Facebook update since being admitted to Mayo Clinic in late June. She kept friends and family posted daily about her wait for transplants - a wait that grew long and emotionally difficult.

Minnesota woman, who knitted scarves for the homeless, passes away while waiting for transplant

FOX 9 has been following Elizabeth’s story since early 2015 when she knit scarves for the homeless left them in Faribault’s Central Park.

“She had ups and downs,” said Dustin Sammons, her husband. “Some days as it got longer, it got harder to stay positive.”

Dustin is still trying to grasp that on Sunday morning, he lost his wife.

“I Facebooked Live with her the night before and she seemed good,” he said.

FOX 9 has been following Elizabeth’s story since early 2015 when she knit scarves for the homeless and left them in Faribault’s Central Park. Later that year got a heart transplant and kept knitting and donating. 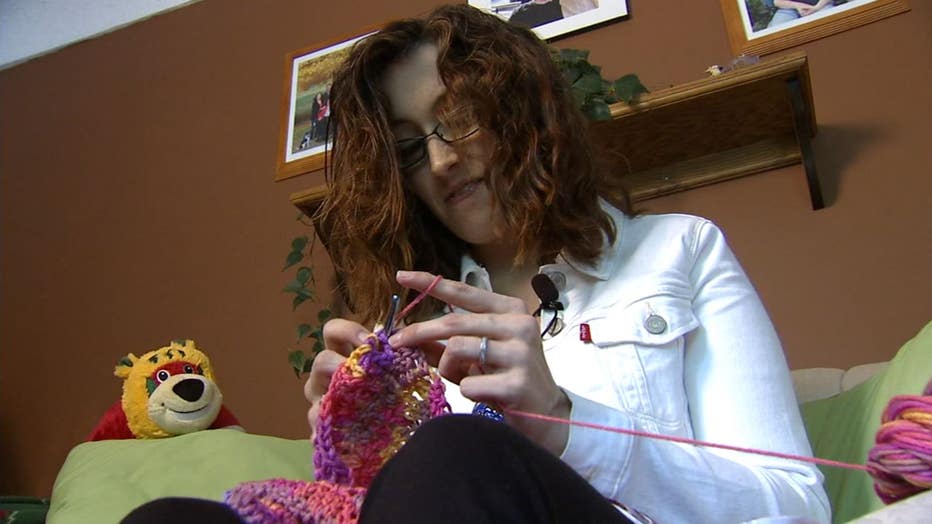 Elizabeth Sammons knitted scarves, which she would give away to the homeless. (FOX 9)

Now needing a second heart as well as a kidney, her family visited her constantly to keep her spirits up.

Her family members say her faith kept her strong.

“After this life that she knew where she was going,” said James.

Sunday morning, an alarm went off. Nurses found her on the floor. They tried to revive her, but Elizabeth passed away.

Dustin hopes his wife’s legacy of giving lives on for a long time.

“For Elizabeth, it was a way that even when we face struggles and trials that we can give hope to other people even in the midst of going through tough stuff,” he said.