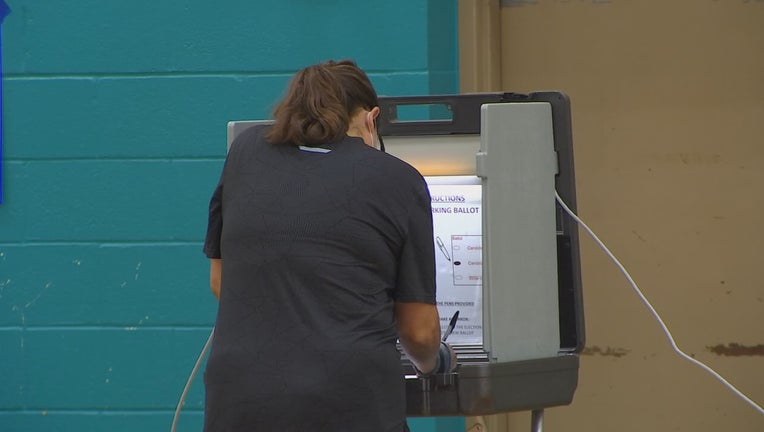 Despite urgings from President Trump, Minnesota officials say no one should show up for poll watching. (FOX 9)

(FOX 9) - During Tuesday night's debate, President Trump urged supporters to go to polling places and watch for fraud. He made the same pleas four years ago.

But most states, including Minnesota, have laws that prevent just any member of the public from doing that.

During Tuesday night's debate, President Trump urged supporters to go to polling places and watch for fraud. He made the same pleas four years ago.

"If you show up on the day of the election and claim that you’re there to watch voting, you’re not going to be allowed to watch voting," explained Secretary of State Steve Simon.

The Secretary of State wants to make very clear: In this state, you can’t just show up at polling places and monitor voting.

"Not anyone can just walk in and claim they’re there on behalf of a major political party," said Simon.

The law is very specific: one observer, also called a challenger, per major party per precinct who is certified by the party.

"And that person must be appointed by a written certificate from a valid party office," added Simon. "It can be a state party or the local party."

In addition to the written certificate, the rules spell out that the observer must prove Minnesota residence, cannot speak to voters, cannot be disruptive, cannot take pictures, cannot go within six feet of the ballot counter, and cannot attempt to intimidate voters.

If there are problems at a polling place, like people demanding to observe, refusing to leave.

"Election judges in that instance are instructed to, if absolutely necessary, get law enforcement involved," said Simon. "Obviously that’s a local decision, that’s not something that happens at our office, at the secretary of state’s office."

The law is also very clear what challengers can do and they must either have specific personal knowledge to challenge a vote, know someone is not of age or not a resident.

"So it can’t be based on a hunch, or a bad look, or a vibe or a guess," said Simon. "It has to be based on something the challenger knows or strongly suspects or has reason to know."