(FOX 9) - Over the last four decades, Steven Wilson, who performs under the name "Tuey," has developed quite a following at the Minnesota Renaissance Festival.

Now, in addition to rings, balls, and fire, Wilson is also juggling a pair of splints on his wrists.

A Minnesota Renaissance Festival juggler is recovering after a fall, with some help from his fans.

"Obviously I wish it didn't happen, but given the height that I fell from I'm grateful it wasn't worse than it was," explained Wilson.

Wilson was climbing a standalone ladder during a show at the Duluth Public Library last week when he lost his balance and fell six feet to the cement below.

He broke both wrists, suffered a black eye, a concussion and blacked out until he woke up in an ambulance.

"I know I went up," he said. "I started wobbling and I went down. I had just built new footplates the weekend before and I just had not tested them enough is what it came down to. It's one of those ‘hindsight is 20/20.’"

The fall left Wilson unable to work his next four weeks of regular gigs, which were also his first gigs since 2019. But a GoFundMe to help with medical bills raised more than $10,000 in just days, most of it from Wilson's fans. 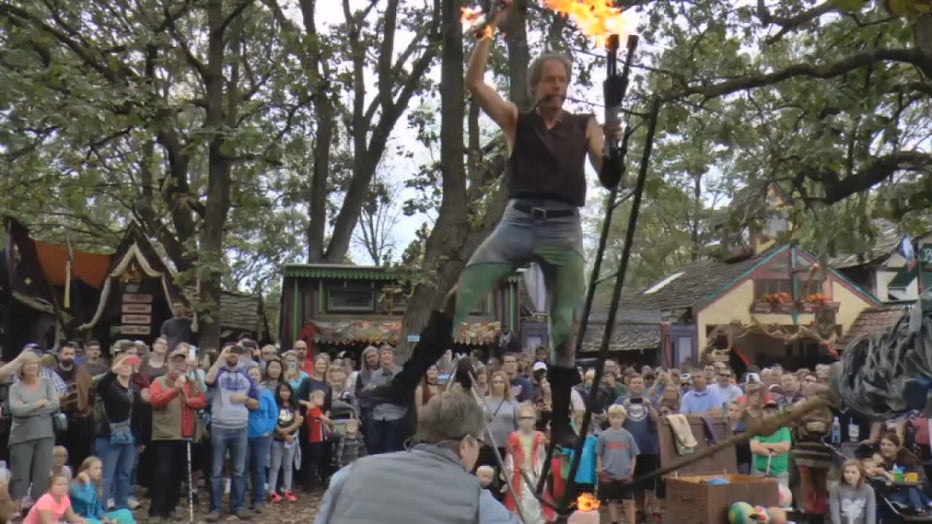 A RenFest juggler is recovering after a fall with some help from fans. (Supplied)

"It's something like this where I kind of go 'what I do does matter and is touching people and it's not just a frivolous juggling show for some people at a renaissance festival,'" he said.

Wilson plans to be back at the Minnesota Renaissance Festival when it returns next month, but with a modified show that doesn't require him to use his hands. He says it will start with the story of his fall and how his fans lifted him back up.

"Like I said I will never not do the Minnesota Renaissance Festival just because the fans and so many years. The connection with them is just amazing."