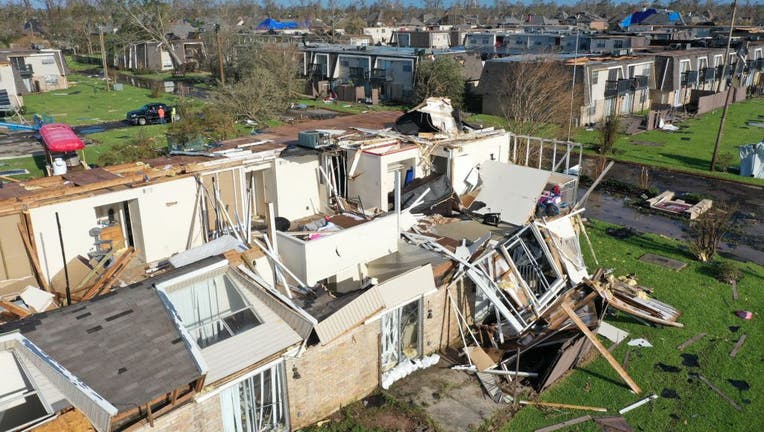 MINNEAPOLIS (FOX 9) - Cleanup and relief efforts are underway on the Gulf Coast following Hurricane Laura. Among those answering the call to help are Minnesotans with the Red Cross.

Volunteers arrived in Louisiana on Wednesday before the hurricane hit and will be deployed for about two weeks, providing food and shelter access to those in need.

Cleanup and relief efforts are underway on the Gulf Coast following Hurricane Laura. Among those answering the call to help are Minnesotans with the Red Cross.

“It’s a full-force effort from everybody,” said Nathan Moscho, a Red Cross volunteer from Rockville, Minnesota. “I mean everybody’s here doing what they can.”

Moscho is one of 24 Red Cross volunteers from the Minnesota and Dakotas region helping with the relief effort.

Hurricane Laura made landfall on the Gulf Coast as a Category Four hurricane, one of the strongest ever to hit Louisiana. With winds reaching 150 miles per hour, the storm tore through trees and homes, leaving hundreds of thousands without power or water and killing at least 16 people in the United States.

“And I have heard if the path was different, we got lucky in a sense, maybe not for the people in the way, but frankly, we got a little bit lucky if the path were over a bit more one way or the other this could have been by far the worst storm, hurricane you’ve ever had,” said President Trump.

As families leave the damage, Moscho is providing support in Baton Rouge - all amid a pandemic.

“Instead of big mass shelters and throwing people together, they’re really going the route of putting people in hotel rooms, keeping people separate,” he said.

From the volunteers to the power company workers, it’s all about providing much-needed support.

“Lot of people coming together to kinda get these people back on their feet and give them shelter and food,” said Moscho.

Xcel Energy workers from Minnesota are also helping with restoring power after the hurricane.