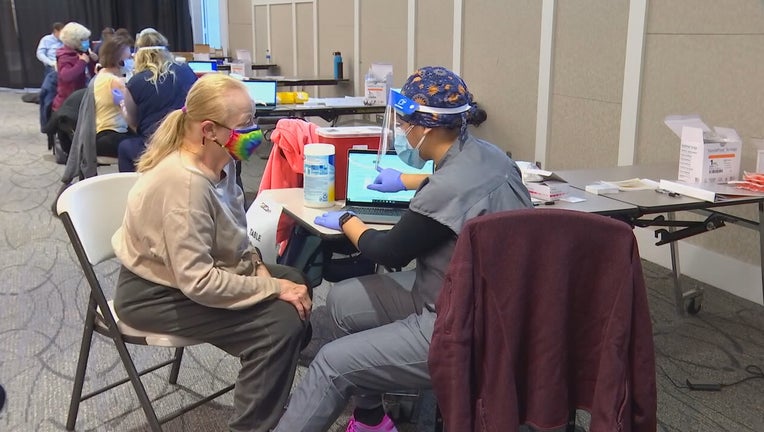 ST. PAUL, Minn. (FOX 9) - The state of Minnesota announced it has administered more than 2 million COVID-19 vaccine doses on the same day the health department is expected to report the 500,000th confirmed COVID-19 case, the Governor’s office announced Thursday.

In a release, the Governor’s office said it took more than two months to administer the first million doses of the vaccine, but the second million were given out in less than a month.

Who is eligible for COVID-19 vaccines in Minnesota starting Wednesday

Gov. Tim Walz says vaccination rates have increased because supply has increased from the federal government. As a result, the state has continued to expand its distribution network.

The Governor said he expects the pace of vaccination to increase more as the spring progresses.

Thursday, the state of Minnesota is also expected to report more than 500,000 confirmed COVID-19 cases during the pandemic.

The Governor’s office said "we are not out of the woods yet," despite the promising vaccination rates.

"The Walz-Flanagan Administration and public health officials urge Minnesotans to remain vigilant and continue following critical safety measures of social distancing, masking, washing hands and getting tested when needed," the Governor’s office said in a release.