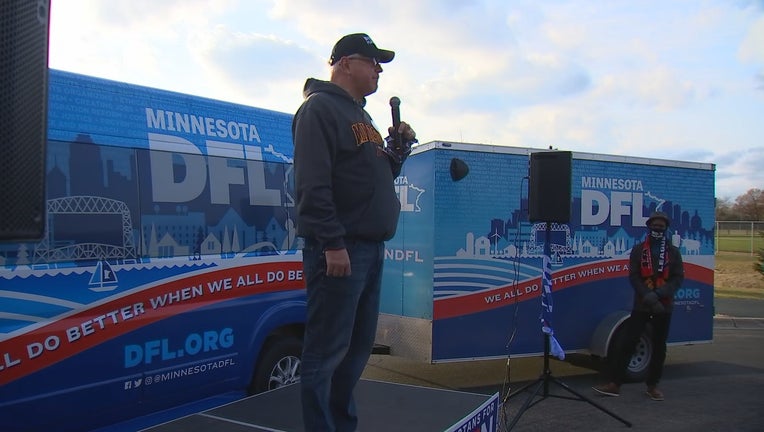 (FOX 9) - One day after President Donald Trump and Democratic challenger Joe Biden were both in Minnesota, politicians and advocates across the Twin Cities were again hard at work to rally for their respective parties.

Throughout the day, events were held across Minnesota and western Wisconsin, as voters took to lines for early voting.

One day after President Donald Trump and Democratic challenger Joe Biden were both in Minnesota, politicians and advocates across the Twin Cities were again hard at work to rally for their respective parties.

"This is a joy to be able to vote," said Governor Tim Walz at an event Saturday evening. "It is something billions of people cannot imagine doing around the world. We have a responsibility with us to get this thing done."

Governor Tim Walz joined U.S Senator Tina Smith and other politicians at a park in Eden Prairie for one of several stops around Minnesota by the DFL party to get out the vote.

"We've already had 1.6 million Minnesotans who've already had their ballots accepted but there are many more who haven't voted yet," he explained. "So we want to get the word out."

The last-minute push to appeal to voters wasn't restricted to physical locations. Minnesota Attorney General Keith Ellison hosted a virtual barnstorming event with Bernie Sanders on Zoom to get young Minnesotans to cast their ballots for Joe Biden on or before November 3.

"What I would ask of you is not only make sure you vote but make sure your friends family coworkers fellow students do that," said Ellison. 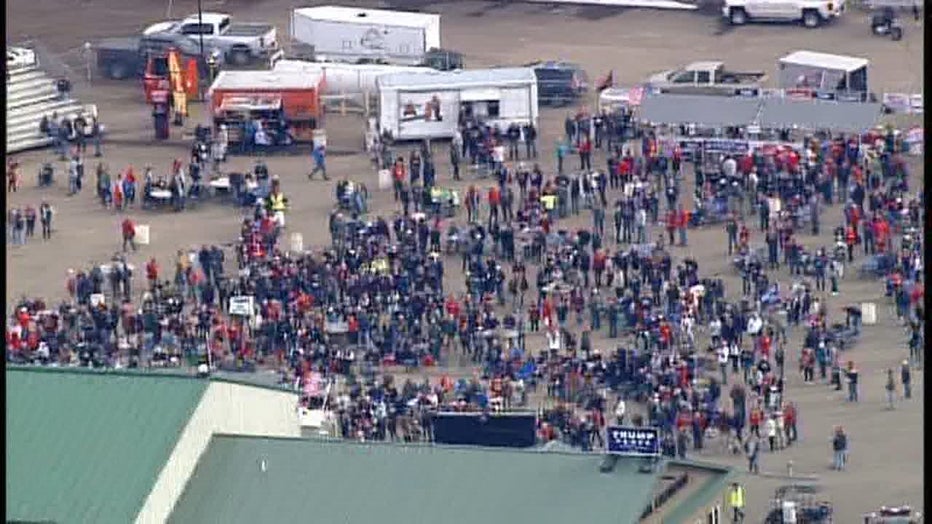 Trump supporters in Wisconsin gathered for a day-long rally in River Falls to support the president.

In the meantime, President Trump's supporters hit the road in a caravan from West Lakeland, Minnesota to a rally in River Falls, Wisconsin where MyPillow founder Mike Lindell and former White House Chief of Staff Mick Mulvaney addressed the crowd.

"Three days before this election and I want to say thank you to all of you,” said Michelle FIschbach.

Earlier in the day, Lindell and former Lieutenant Governor Michelle Fischbach accepted an endorsement from Minnesota Citizens Concerned for Life on behalf of President Trump before a “get out the vote” rally in Moorhead.

"It is the most important election this year," she said. "I appreciate everything everyone has done and we are going to turn Minnesota red this year because it is that important."

The Trump campaign rounded out the day with Trump Pride event geared towards the LGBTQ community at the Depot in downtown Minneapolis. Just one more way both parties are pulling out all the stops to get as voters as they can to the polls on Tuesday.