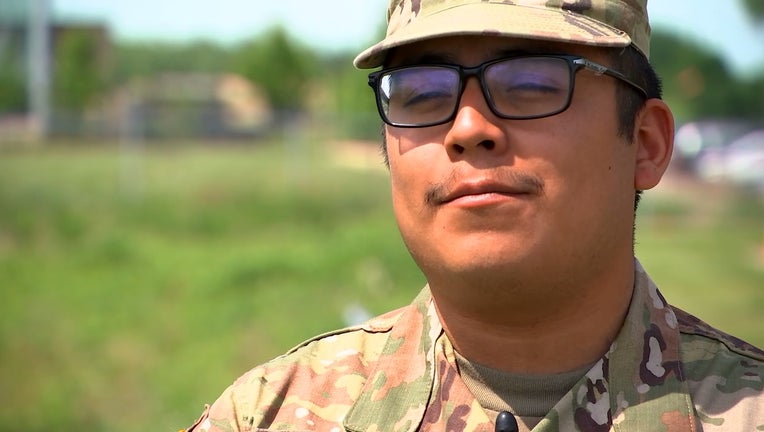 MINNEAPOLIS (FOX 9) - A local soldier says he was deployed to protect south Minneapolis just days after the place he worked at was looted and burned.

Private David Sanchez manages the O'Reilly Auto Parts on Lake Street and says his store was one of the first to be hit during last week's riots.

Sanchez deployed with the National Guard to Lake Street days later, but the damage was done.

"As soon as we close the store down and I set the alarm, on the other side of the building they were already breaking the glass," said Sanchez. "Starting to take everything."

"I'm not going to lie," he said. "I did cry a little. All that overtime, all that hard work that we put into it... It kind of sucks. It's kind of hard, really."

According the Latino Economic Development Center, 220 buildings were either damaged or destroyed during the riots - and that is just along Lake Street.