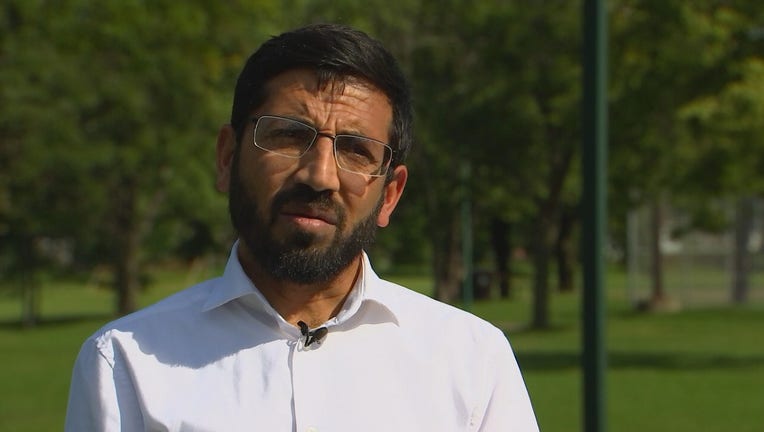 A Minnesota man is worried for his family members who are still in Afghanistan.

(FOX 9) - After several family members were unable to get through their gate at the Kabul Airport amid the chaos, Danyal Saqeb said his heart sank watching the last U.S. soldier leave the tarmac on Monday.

"Their lives are in danger. I'm really worried for them. I have to take them out," Saqeb said. "I'm so emotional. Sometimes I cry. I say, ‘what's going to happen?’"

A Bloomington man worries his loved ones will be targeted by the Taliban following the withdrawal of the U.S. military from Afghanistan.

Saqeb came to the U.S. from Afghanistan in 2014 after working for a contractor for the U.S. Army Corps of Engineers, providing support for Afghan national security forces for more than a decade.

He said he decided to leave after he narrowly missed at least two terrorist attacks aimed at Afghans who were helping the U.S. government.

"My life was at risk. My life was not safe. I had been targeted several times."

Now, Saqeb worries his mother, two sisters and brother in Kabul are in danger since the Taliban took over. His two brothers-in-law worked for the same army contractor he did, and he believes if his family members don’t leave the country in a couple of days, the Taliban will find and kill them.

"They are hiding. I called them and said 'don't come out' from their home," he said.

Saqeb is trying to get his relatives to a neighboring country where they can be processed for special immigration visas. But, he won’t breathe easy until they are reunited with immediate family here in Minnesota.

"I hope to get them out soon as possible," he said.