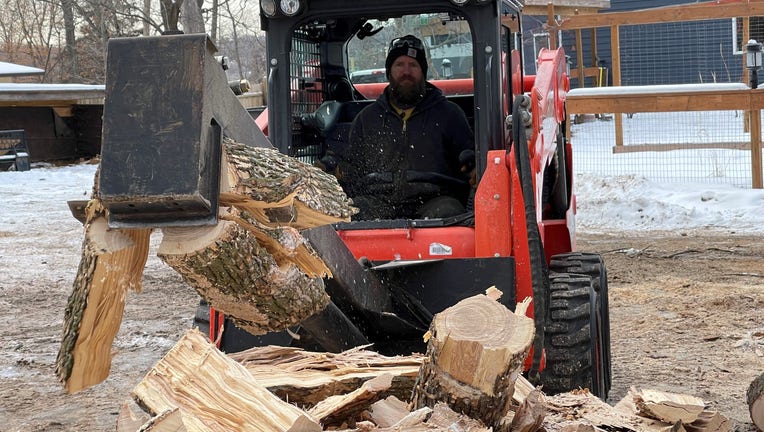 A Mendota Heights man loads up wood to be taken to homeless encampments and restaurants that need it during the winter months.

MINNEAPOLIS (FOX 9) - Using some of his own equipment and a lot of his time, a Mendota Heights man has been supplying firewood to several Twin Cities area restaurants and homeless camps this winter.

The operation, run by Matt Kenevans, started small and has grown.

Using some of his own equipment and a lot of his time, a Mendota Heights man has been supplying firewood to several Twin Cities area restaurants and homeless camps this winter.

With the help of some volunteers, Kenevans is turning stumps into firewood. He then loads it onto trucks and delivers it to people who need it most during the winter months.

He already used wood to heat his house, but now his wood production serves a bigger purpose. 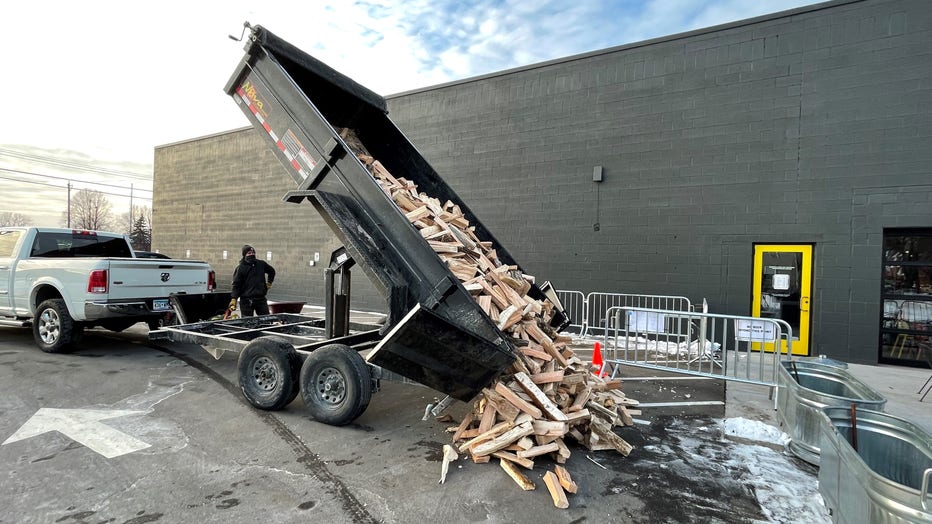 A Minnesota man delivers wood to a local restaurant to help it keep its outdoor patio open in the cold winter months.

Instead of "Woe is me", Kenevans said he wanted to do something positive for others.

He saw a Facebook post from a restaurant owner in need of firewood to heat his outdoor seating area. He knew where he could get the wood and had the equipment to help.

The stumps are separated, split and loaded into the truck. Some of it is taken to homeless camps.

The rest of the wood Kenevan and his volunteers prepare is taken to local restaurants that need them.

"The generosity of Matt is unrivaled," said Garth Blomberg, the co-founder of Arbeiter Brewing. "We’re feeling fortunate that we can be a part of the wood drop-off as well."

To help Matt and Dabbler and Friends, just visit BeerDabbler.com.