The war in Ukraine is hitting extra close to home for one Minnesota mother whose son was taken by Russian soldiers. She's since been trying to locate him.

STOCKTON, Minn. (FOX 9) - Half a world away in southeastern Minnesota, all Tina Hauser can do is sit by the phone and wait.

"I would have never imagined this happening, not in my wildest dreams," Hauser told FOX 9.

She hasn't heard from her firstborn son, Tyler Jacob, since Saturday morning.

The 28-year-old from Winona moved to Ukraine in January to marry and live with his wife, settling in the city of Kherson to teach English.

"When the war broke out... that's when things got scary for him," Hauser said.

He made the difficult decision to leave, boarding a bus headed to the Turkish border with other foreign citizens. Tyler spoke with his mom just before leaving.

Entering Crimea, they were stopped at a checkpoint and Tyler, the only American citizen on board, was taken by Russian soldiers. 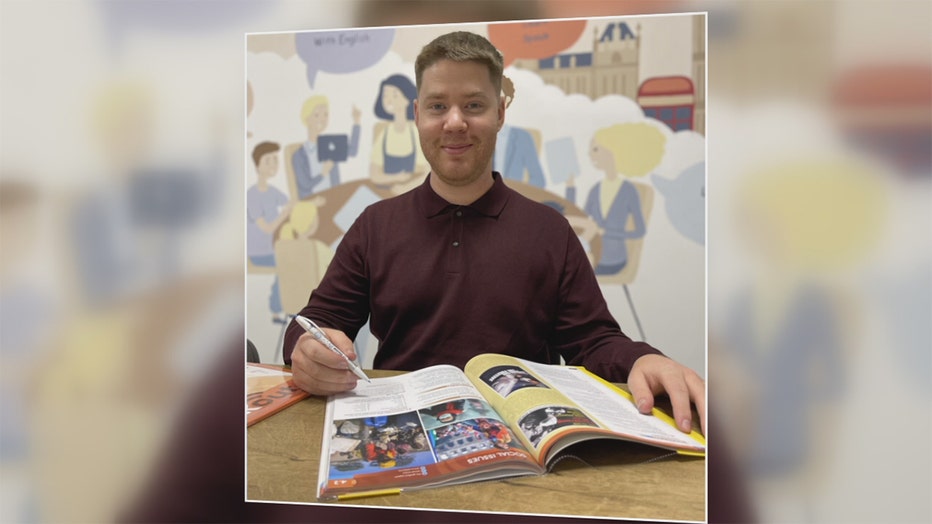 Tyler hasn't had any communication with his family, but a clip of him being interviewed on Russian state-TV has surfaced. Hauser believes it was filmed just before he was taken prisoner.

"He [Tyler] spoke of why he was over there in Ukraine. He spoke of where he was trying to get to so he could get to a safe place," said Hauser.

A representative from the U.S. Embassy in Moscow called her on Wednesday morning, telling her they are searching for him, but Hauser was warned it would be a long, slow process.

Until she can see her son again and know he's safe, Hauser says her heart will be torn apart.

"I send him messages everyday telling him that mom's here and that I'm doing everything I can to find him," she said.

Hauser has been in touch with Senator Amy Klobuchar's office, who sent FOX 9 the following statement: "My heart goes out to Tyler’s family, and we will do everything we can to locate him. My office is working with the State Department and the embassy to find him and resolve this situation as quickly as possible."

The State Department official tells FOX 9 they are aware of the reports regarding Tyler, but "due to privacy considerations have no further comment."

A GoFundMe page has been established to help Tyler, his wife and daughter.