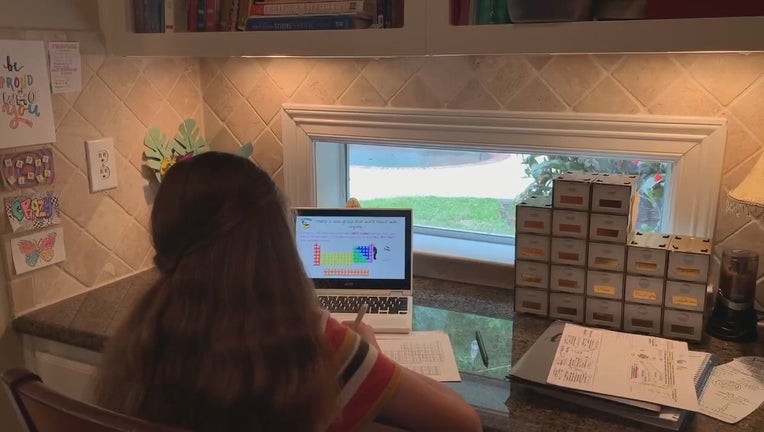 ST. PAUL, Minn. (FOX 9) - Across every corner of the state, school kids are trying to wrap up the semester from home with computers, but not every home has an internet connection. At the state Capitol, lawmakers are plugging in.

Minnesota lawmakers push for increased broadband for distance learning amid the COVID-19 pandemic.

Rep. Ecklund has introduced a bill creating the Distance Learning Broadband Access Grant Program. It provides $8 million in grant money to reimburse schools for providing wireless or wired service to students through the end of the school year. It also includes $2 million in grants to medical facilities for telemedicine hookups and an additional $10 million for the state’s Border-to-Border Broadband Fund.

The Department of Employment and Economic Development says the extra money to the broadband fund alone could hookup about 3,600 locations.

“A $10 million state investment could bring connectivity to approximately 2 percent of the estimated 163,000 households that lack a 25-by-3 service today,” said Angela Dickison, the DEED broadband development manager.

The bill has the backing of a number of organizations including the Rural Broadband Coalition that says, “The COVID-19 pandemic has shown that we need broadband now more than ever before.”

The education coalition called EdAllies says, “Unless addressed immediately, these barriers to an equitable rigorous, and engaging education will exacerbate our state’s education gap.”

“This bill addresses that issue and gets people hooked up in the short term,” said Brent Christensen, the CEO of Minnesota Telecom Alliance.

The long-simmering technology issues are now boiling over with the pandemic.

The bill passed in a House Jobs and Economic Development Committee Monday. A similar bill is up in the Senate on Wednesday. A big concern among House lawmakers is that as good of an idea they think this is, they are concerned about whether the state has the money to pay for it.