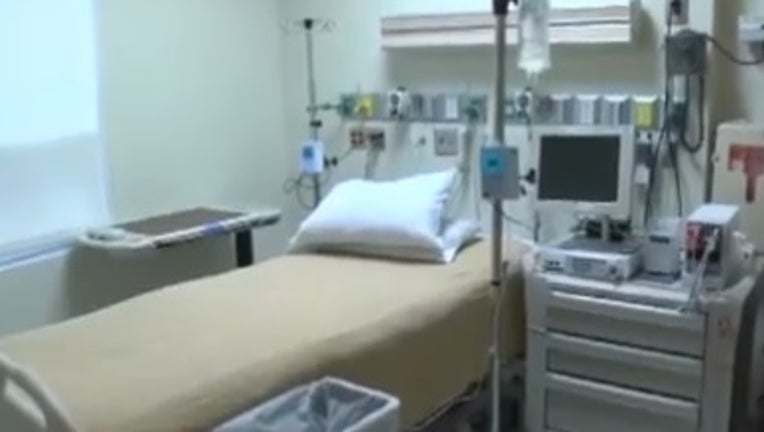 (FOX 9) - Minnesota officials are trying to manage a complicated supply-chain to support hospitals as they anticipate the peak of the pandemic, when resources like masks, respirators, and ventilators will be in short supply.

State officials believe the current supply of hospital beds can be increased through "alternative care facilities" they are trying to set-up across the state.

Minnesota hopes to have 5,000 hospital beds

The state of Minnesota hopes it can have 5,000 hospital beds ready for the peak of COVID-19 in the state.

“They’ve been pretty open and willing to do that,” Walz said in a conference call Monday. “I’m looking at gloves and how many are out there, available to these entities.  It’s a massive warehousing and supply chain issue."

The numbers show Minnesota hospitals continue to gear up.

As of Sunday night, there were 255 Intensive Care Unit beds available across Minnesota, a 30% increase in the last two weeks, according to data reported through eight regional health coalitions to the State Health Care Coordinating Center.

There are now 1,250 available ventilators statewide, a 56% increase in the availability of a device that would allow the most critically ill to breathe.

The total number of hospital beds in Minnesota stands at 2,621 as of Sunday night.

State officials anticipate they can increase the number of available beds to more than 5,000 through alternative care facilities. The effort is being coordinated through the State Emergency Operations Center.

Officials with the Minnesota Department of Health, the Minnesota National Guard, and U.S. Army Corp of Engineers will be traveling this week across the state by Blackhawk helicopter to identify potential sites.

Over the weekend, officials identified 500 additional beds at alternative care facilities. SEOC would not identify the locations.

SEOC is in the process of locating two large facilities that would have a total of 2,750 additional beds. One of those facilities, with capacity for 1,000 beds, would be located in the Twin Cities metropolitan area. The other would be in Greater Minnesota, with a 1,700 bed capacity.

“We evaluated the site, but no decision has been made yet,” said Joe Kelly, Director of Homeland Security and Emergency Management.

State officials said they also continue to enlist Minnesota-based companies like Medtronic and 3M to augment that supply chain.

“Minnesota is in competition with 49 other states and other countries,” said Alice Roberts-Davis, Commissioner of the Department of Administration, who is coordinating the supply chain.

“But I think what’s different is Minnesota is incredibly fortunate to have a thriving corporate community to fulfill these needs,” said Roberts-Davis, who added that the state is “aggressively sourcing.”

Minnesota continues to make requests through the Strategic National Stockpile, which maintains warehouses of supplies across the U.S., but has been inundated with requests and fluctuating estimates of its resources.

Governor Walz said he eagerly anticipated one shipment of supplies last week, only to be shown a picture of an empty warehouse with one box containing 600 pairs of gloves. He said a few days later the warehouse was filled-up.

“I am confident I lit the fuse to stock up,” said Walz.