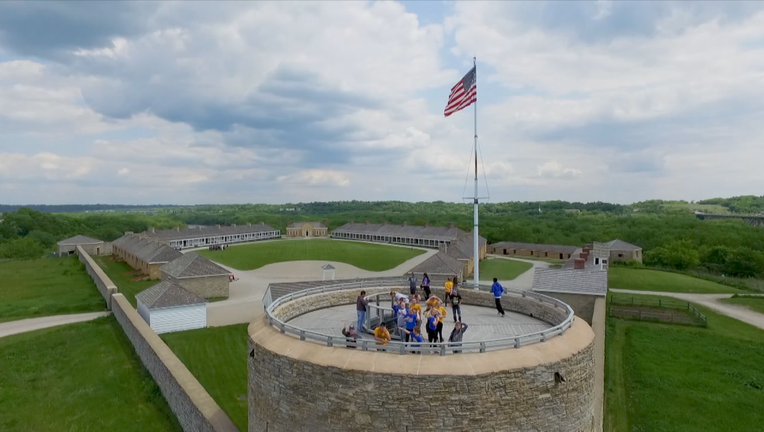 MINNEAPOLIS (FOX 9) - Monday, at a meeting in Rochester, Minnesota the public will get its first chance to weigh- in as officials consider a name change for one of the most popular historic sites in the state, Fort Snelling.

Built on a bluff overlooking the Minnesota and Mississippi rivers in the 1820's, the fort's construction was authorized by John Calhoun, the secretary of war at the time.

Calhoun, who was a slave owner and authored the Indian Removal Act, has become an increasingly polarizing figure over the years.

Recently Lake Calhoun in Minneapolis, named after him, had its named changed to its original name, Bde Maka Ska, by the U.S. Board of Geographic Names.

The Minneota Historical Society came under fire earlier this year for changing signs at Fort Snelling to read "Historic Fort Snelling at Bdote” which is a Dakota word for "two waters coming together."

Because the society does not have authority to change the name, state republicans tried to strip their funding over the move.

Monday's meeting is from 6 p.m. to 8 p.m. Saint Mary's University. There will be five more meetings statewide next month, including two in the metro.

Additionally, people can also submit comments on the Historical Society's website through Nov.15.

After the public has had a chance to weigh in, the Minnesota Historical Society Board will consider the findings and decide what happens next by early next year.

If the board recommends a name change, the Minnesota Legislature, which has the final say, would have to approve the change.