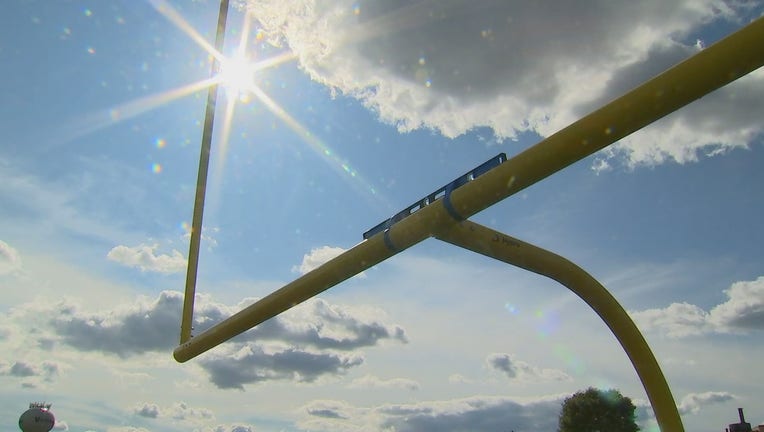 The Minnesota State High School League decided to push back high school football and volleyball to spring of 2021 amid the COVID-19 pandemic.

VICTORIA, Minn. (FOX 9) - While some Minnesota high school sports will continue to be played this fall, volleyball and football will be moved to the spring amid concerns for COVID-19.

The team was in the middle of a workout Tuesday at Holy Family Catholic High School when they got the news they would not be playing football this fall, but in springtime instead.

Players and parents say they weren’t surprised, are but still incredibly disappointed.

“It’s just great life lessons that you are working together as a team and not as an individual, it’s kids’ sense of identity, it’s their sense of belonging and for that I’m really mournful that it’s not gonna be what we expected it,” said Jenny Richelson, a parent of two student athletes.

“It’s sad because our whole team was looking forward to the season when COVID hit and you know, we still get to have a season in the spring, which is something to look forward to hopefully, but having this taken away from me and the team it’s kind of another thing that COVID has done,” said Michael Richelson, a football player.

The health department said football and volleyball were particularly risky in terms of COVID transmission and that’s why their seasons are delayed, but soccer goes on.

Football will go from March 15 to May 15, making an interesting wrinkle for multiple sport athletes.

“It’s different skill set being switched around constantly and then on the positive side, though, I will be in good shape,” said Jack Stratman, a football player.

“We have to react and treat this as an opportunity to get better and like I said at least they didn’t cancel everything and we gotta find a way to make it work,” said Triplett.

Football and volleyball teams would still get to have some practice time this fall, but what that will exactly look like is yet to be determined.