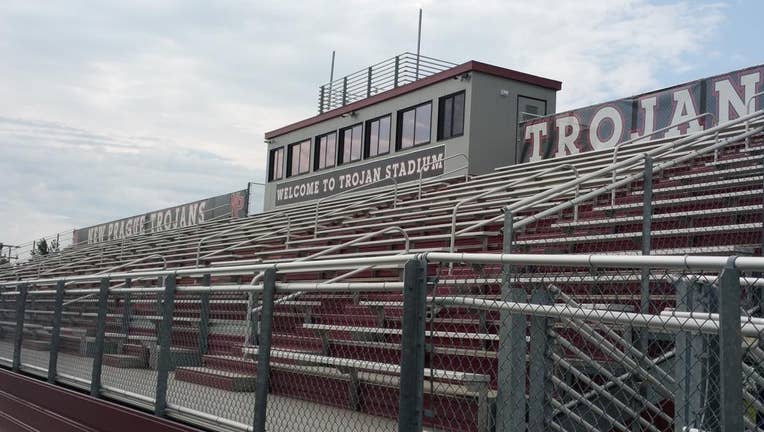 MINNEAPOLIS (FOX 9) - The Minnesota State High School League met Tuesday morning to determine what the options are for the high school fall sports season amid the COVID-19 pandemic.

Thousands of high school athletes are awaiting word on their futures after hundreds of seniors across the state had their 2020 spring seasons canceled due to the global health pandemic. The MSHSL canceled the winter sports seasons in mid-March, during the Girls State Basketball Tournament and before the Boys State Basketball Tournament, due to the global health pandemic.

MSHSL votes to push back high school football, volleyball to spring of 2021 amid COVID-19 pandemic

The MSHSL voted to push back high school football and volleyball to spring of 2021 amid the COVID-19 pandemic.

The big discussion was about the football season. The options include proceeding in the fall without scrimmages, fewer games and a limited postseason, or moving it to the spring. MSHSL officials voted against having a fall football season that would've started Aug. 17 and featured just six regular season games. Officials voted 13-5 in favor of moving football to the spring, from March 15 to May 15, with a 12-week season that includes six regular season games, localized games and fan attendance to be determined.

MSHSL officials had a lengthy vote on the volleyball season, with the biggest concern being that the sport is played indoors. Officials voted to have a condensed season in the winter and/or spring, which will feature a 20 percent reduction in weeks, 30 percent reduction in matches and no scrimmages, tournaments and games between two teams only.

Fan attendance and coaching at activities will be determined at a later date. The MSHSL also has yet to finalize any plans for fall adapted activities.