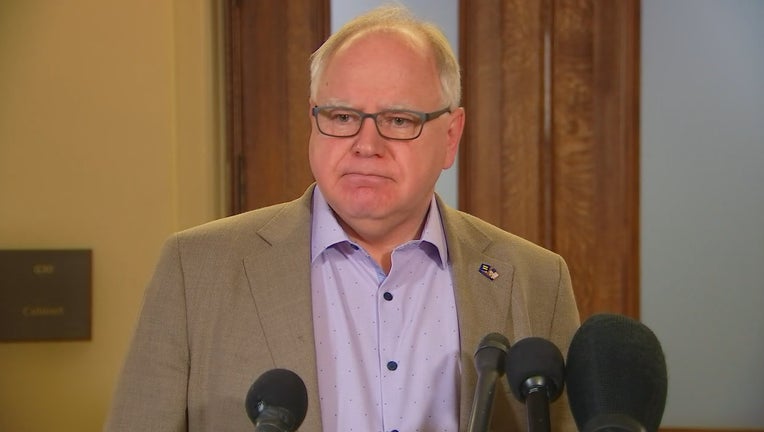 Thursday, Gov. Tim Walz will announce what public education will look like across the state this fall.

The Governor is expected to allow school districts to offer limited in-person instruction this fall, though much of the decision-making process will fall to local school boards in the coming weeks.

Wednesday, Walz tipped his hand about his looming announcment, telling reporters that the transmission rate was lower among children under teh age of 12. He said, "an elementary school classroom looks different from a bar at midnight."

The Governor cautioned that increased community spread of the coronavirus in local areas could be enough to shutter schools and have students transition back to full-time distance learning.

On the eve of that announcement Wednesday, parents and teachers braced for what the announcement will reveal as kids enjoy their carefree summer days.

Countless parents, like Jackie Lin, are anxiously waiting for the Governor’s decision and how it will affect her soon-to-be second grader and her household.

“For me, I’m a working parent at home and I have to balance my job and make up my hours at night because I have to take care of my kids and his activity,” said Lin.

In anticipation, in recent days, school districts around the Twin Cities area have come out with preliminary plans for what the fall could look like. While nothing is final, Minnetonka Public Schools is weighing seven different scenarios.

In Eden Prairie, one option looks like a pyramid, with Kindergarten through Third Grade going back for in-person five days a week, fourth through eighth grade hybrid and high schoolers learning at a distance.

Next door in Edina, there are again multiple, preliminary hybrid options being considered including one sending elementary students to school for half days every day, or having students at all age levels alternate each day between face-to-face and distance.

Mom and teacher Beth Gale things there is going to be anger. She has a high school sophomore and is an elementary art teacher in Shakopee and she’s just eager for a decision. Her district, however, is not planning to finalize a plan until Aug. 17.

“I’m really hoping I don’t have to do both distance learning and in-person at the same time, because that’s double the work and I have close to 700 students I see a week,” said Gale.