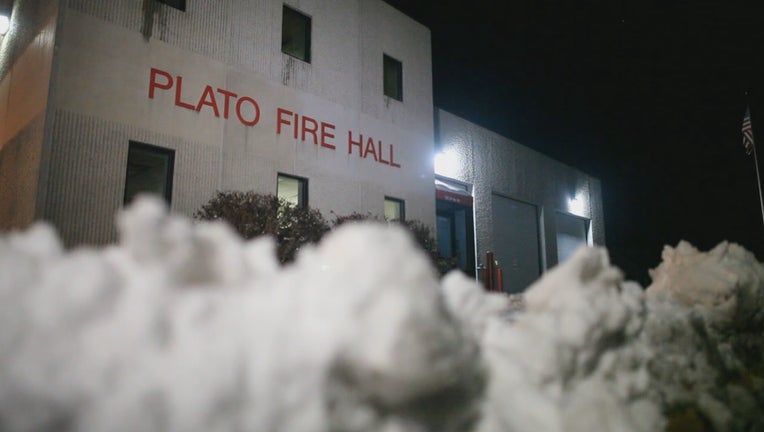 The Plato Fire Department is temporarily shutting down service after a majority of its firefighters have tested positive for COVID-19 or had exposure to the virus.

PLATO, Minn. (FOX 9) - For the first time since the pandemic began, a Minnesota fire department is out of service because of a COVID-19 outbreak.

The Plato Fire Department is being forced to enact Plan B after too many of its firefighters have gotten the virus or were exposed. Plato is located just outside of the Twin Cities metro area about 6.5 miles west of Norwood Young America.

or the first time since the pandemic began, a Minnesota fire department is out of service because of a COVID-19 outbreak.

“We were following the protocol distancing masks all that, it seems like a highly contagious virus and it’s going to get where it wants to go,” said Plato Mayor Tracy Montgomery.

The virus has found its way into the Plato Fire Department. As of Tuesday night, the fire chief made the decision to shut down after three-quarters of their 20-person volunteer crew have either tested positive or were exposed to COVID-19.

“We realized we had an immediate staffing issue that needed to be addressed and that’s when Chief Schlechter made the unprecedented decision to look at halting our operations,” said Jay Wood, the Plato Fire Department assistant chief of operations.

The department says they took all the precautions laid out by the state.

“We were doing all we could do to protect our department when they entered the building and went on calls,” said Wood.

Now the department will tap into its mutual aid agreements. Nearby towns will help out with fire and ambulance services, so the community will be covered.

“This is a lesson that we’ve learned and hopefully other fire departments will pick up some things from what we’re going through and be able to prevent having the same problem in other parts of the state,” said Wood.