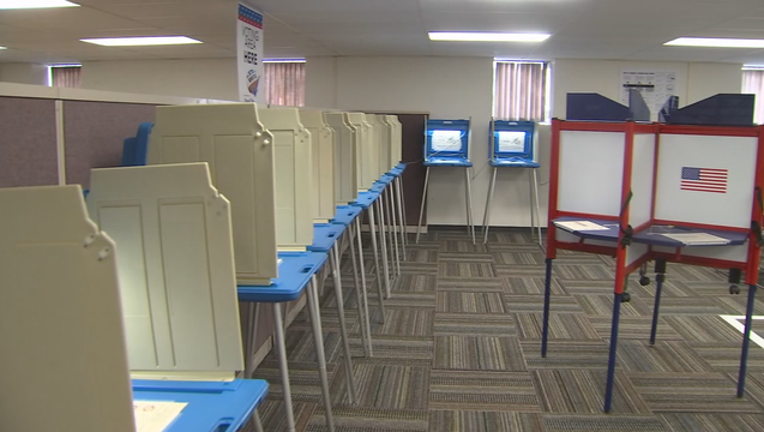 ST. PAUL, Minn. (FOX 9) - President Donald Trump has been saying for weeks that he may not trust the results of this fall’s election and Thursday, he questioned whether the whole thing should be postponed.

It is unlikely to happen and the President does not have the power to do it.

President Donald Trump has been saying for weeks that he may not trust the results of this fall’s election and Thursday, he questioned whether the whole thing should be postponed.

The pandemic has created primary election chaos in places like Wisconsin and Georgia, so more voters are choosing to mail in their ballots. Even though there is little proof of fraud, the President raised the issue again.

He tweeted “2020 will be the most INACCURATE & FRAUDULENT in Election history.” He continued, “Delay the Election until people can properly, securely and safely vote??”

When asked what he thought of the President’s tweet, Minnesota Secretary of State Steve Simon said, “I thought the implied threat of delaying the election was ugly, it’s dangerous, but ultimately, it’s empty.”

Simon, a Democrat, pointed out that no President has the power to change a federal election. That power belongs in congress. The non-partisan congressional research service studied this very topic for members of congress in March.

In fact, the CRS found the only postponed federal election in modern history came in 2018 in the Northern Marshall Islands when a super typhoon Yutu destroyed the territory just 10 days before the election.

While the U.S. Constitution does not mandate an election day, it does demand that the President’s term end at noon on Jan. 20, no matter the circumstances. That doesn’t give much time to move the general election.

“But if you go back further than that on Dec. 14, this is in federal law not the constitution, on Dec. 14, the electoral college must meet and the electoral college must do the formal electing of the President of the United States,” said Simon. “So, all of that drives the process here. And even if congress were to decide to do that which it will not, it would only be a slight delay because those things are fixed.”

Because states and governments mostly administer elections, the congressional research service advised congressional members that, “options such as mail or other forms of remote voting, early voting and voter registration could be relevant for congressional consideration in disrupted elections.”

States are already going there. In Minnesota, as of today, more than 531,000 voters have requested mail in ballots.

The President continues to rail against the absentee ballots. You can request one in Minnesota by going to mnvote.org. While you are there, you can also volunteer to work at the polls on election day. The state needs about 30,000 poll workers and those jobs are paid.