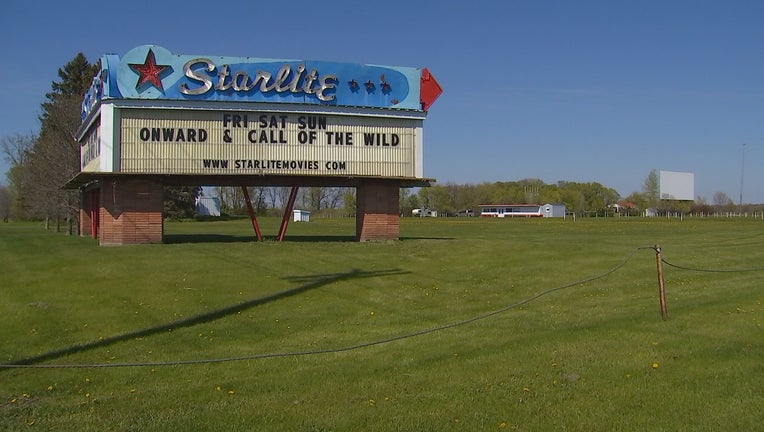 The Starlite Drive-in Theater in Litchfield, Minnesota is planning to reopen before the stay-at-home order expires.

LITCHFIELD, Minn. (FOX 9) - The Starlite Drive-in Theater in Litchfield, Minnesota had planned to open a couple of weeks ago. Even though Governor Tim Walz hasn't lifted his stay-at-home order yet, the drive-in is now planning on opening for the season this Friday.

"It’s exciting, but it’s a different world that we're living in, so you have mixed emotions about it," said Dave Quincer, the drive-in owner.

The drive-in is now planning on opening for the season this Friday.

Quincer believes his business can reopen and operate safely in the middle of the coronavirus pandemic. He re-installed the old speaker posts that had been taken out of the ground and will only allow one car to park between them instead of two. He also plans to operate at half capacity and to require customers to stay in their cars.

"It gets to the point where we don't have a choice anymore,” said Quincer. “In order to survive and not lose the business that supports our family, we are going to go ahead and open this week."

Quincer says he reached out to state officials about reopening his business, but he never received any guidance. He says he's also been in touch with both the county attorney and sheriff, who have said they won't interfere.

“We've been told the procedures we have in place exceed the guidelines they have for drive-in churches and things like that to operate," he said.

Bringing back some movie magic in these uncertain times would be Quincer's own Hollywood ending.

"I think people are going to be very happy and excited to get out and do something in a safe manner," he said.

If all goes according to plan, the Starlite will show Onward and Call of the Wild this weekend and they hope to follow up with retro movies in the coming weeks.