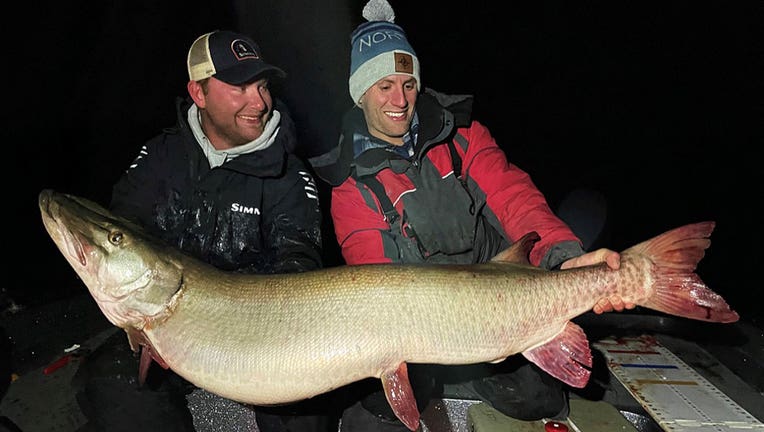 The record-breaking fish was reeled in on November 22 by Nolan Sprengeler who was out with his friends on the northern Minnesota lake for an afternoon of fishing.

The DNR says the group planned to get on the lake in the afternoon and stay until moonrise around 8 p.m. By 9 p.m., however, the group was still out fishing when Sprengeler got a pull on his line.

"I felt a tap on the end of my line. I fought the fish to the boat and Kevin Kray netted it for me. The fish measured 57.75 inches by 29 inches," Sprengeler told the DNR. "After trying to revive the fish for about an hour we realized she wasn’t going to make it. We made the decision to bring the fish in to get weighed on a certified scale."

Sprengeler got it weighed the following morning before dropping it off with a taxidermist.

The final weight of the fish broke a 64-year-old record for muskie weight, surpassing a 54-pound catch by an angler on Lake Winnibigoshish in 1957.