For Debbie Montgomery, a day to celebrate one of the nation’s most well-known civil rights leaders is also a time to look back and look ahead.

(FOX 9) - For Debbie Montgomery, a day to celebrate one of the nation’s most well-known civil rights leaders is also a time to look back and look ahead.

"I think the goal of what MLK Day is about is more relevant this year than before with everything that is going on," Montgomery said.

As a young woman, Montgomery traveled across the country to hear Dr. Martin Luther King, Jr.’s most famous speech during the march on Washington.

"It was so inspirational and it moved me up," Montgomery said.

She took part in the marches from Selma to Montgomery, Alabama which eventually helped lead to the passing of the Voting Rights Act.

"We had the KKK guys with their hoods and their guns hollering slurs and negative things to us which I hadn’t experienced up here," Montgomery said.

She said it’s disappointing to see the issues the Civil Rights Movement fought for in the 1960s and 1970s, like equal access to education, housing and employment, are still being fought for today.

"I just don’t know that we’ve come a long way," Montgomery said. "You see some incremental changes. You don’t see the heart of it. The real soul of what it is about. That is what is disheartening about it." 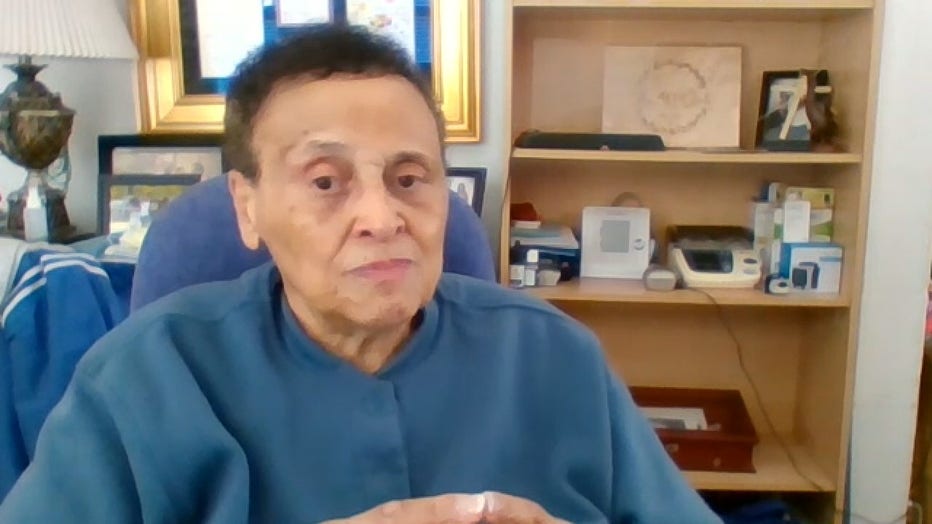 Montgomery says, while there have been advances in race relations like the first Black President and the soon-to-be first Black Female Vice President, the death of George Floyd at the hands of Minneapolis Police and the resurgence of white supremacy, show our country still has a long way to go.

"Racism is alive and well," she said. "We gotta be honest about it. Systemic racism is here. We have to address it."

Montgomery said the number of young people who have become engaged in the fight for racial equality is an encouraging sign of better days ahead and, maybe one day, Dr. King’s iconic words, "Free at last. Free at last. Thank God almighty, we are free at last," will finally come true.

"We need to get past the dream and make reality come," she said. "Stand up, show up and carry a message of hope and justice and love."