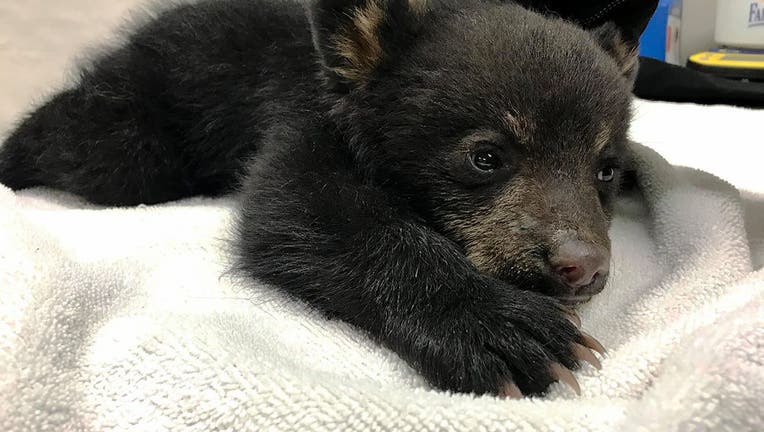 A bear cub was found in a tree in Minnesota and will recover at a rescue center in Wisconsin.

(FOX 9) - A young bear cub who was found in a tree in Minnesota is now recovering at a rescue center in Rhinelander, Wisconsin.

According to the Wildlife Rehabilitation Center of Minnesota, a young bear cub was found to have been living up in a tree for two days after he, presumably, got spooked by something and ran from his den.

The rehab center wrote that staff tried to locate his tracks, but there was not enough snow. So, he was brought in and treated for dehydration. He was also underweight.

Eventually, Wild Instincts in Rhinelander agreed to take the cub in, and they even have another cub who needs a friend. 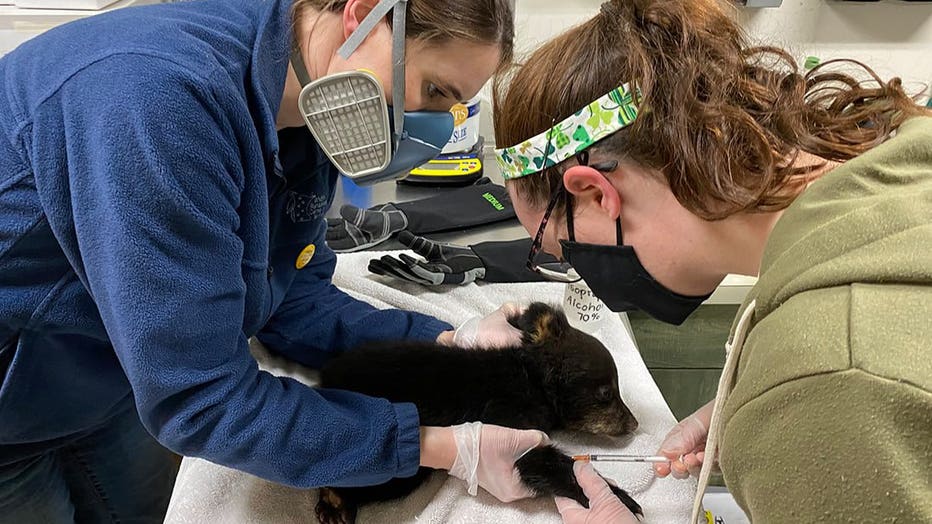 Staff prepares to give the cub fluids. (Wildlife Rehabilitation Center of Minnesota)

"From a very sad occurrence we're hoping we've turned things around for this little cub and are thrilled that he's on the road to eventual release back into the wild. Our deepest appreciation to Wild Instincts for working with us in helping wildlife have a happier future," staff wrote on Facebook.