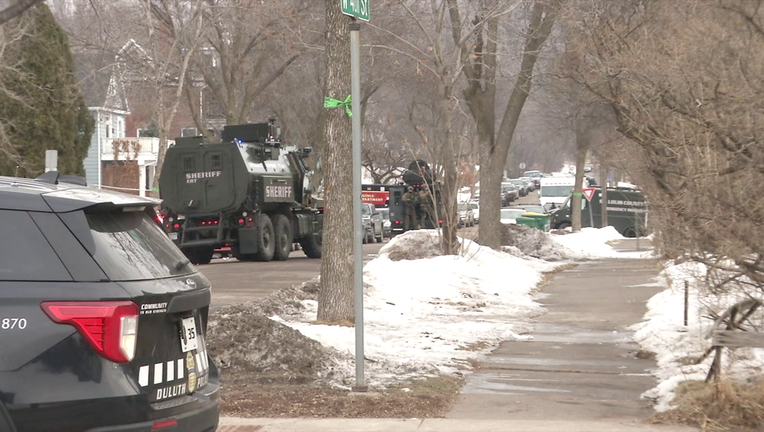 DULUTH, Minn. (FOX 9) - Police have identified the man killed by officers in Duluth, Minnesota after a standoff on Thursday night that stretched into the late afternoon hours on Friday.

The Minnesota Bureau of Criminal Apprehension identified the man who was shot as 37-year-old David Joseph Wayne Conwell of Duluth.

The standoff started after police responded around 8:30 p.m. on Thursday for a domestic dispute on the 2300 block of West 4th Street in Duluth. At the scene, they learned a man inside the home had warrants but refused to leave. Police worked for hours to get the man out of the home, including sending in a K-9 at one point, who police say was shot by Conwell.

After about 10 hours, Duluth police handed control of the situation over to the St. Louis County Emergency Response Team. The response team remained on the scene for another 10 hours until the BCA says Conwell was shot and killed by officers around 4 p.m.

The BCA is reviewing the shooting and is still working to interview officers involved with the incident. Besides Conwell and the dog, no one else was hurt during the standoff.

The names of the deputies who fired shots have not been released.