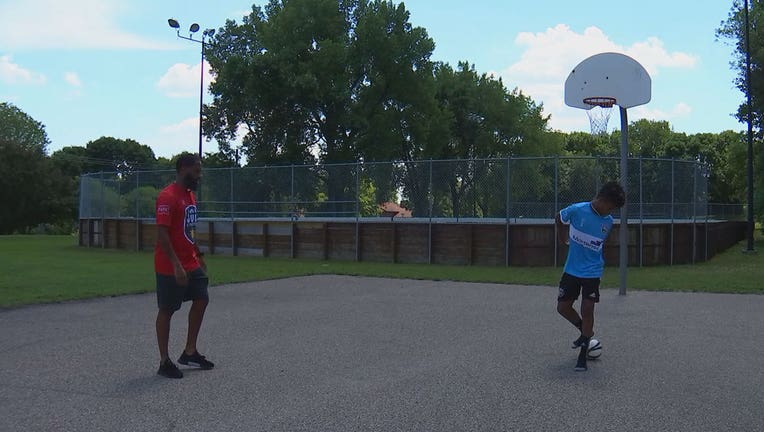 A new Minneapolis youth futsal league asks only for one hour of community service in exchange for playing.

MINNEAPOLIS (FOX 9) - A new organization is working to introduce local youth to a game growing in popularity across the world.

It’s called futsal, and organizers think the sport will connect communities and open the door to new opportunities.

"The purists may be upset when I say this, but I like to call it soccer’s little cousin or little brother," said Mario Wimberly.

Futsal is fast-paced and puts the skills of soccer on the hard court. Wimberly says the game is accessible and can be played wherever.

He is working with a number of organizations to help bring the growing sport to youth in the Twin Cities area.

"We noticed a lot of kids didn’t have access to the game, so we decided to start on our own," he said.

Wimberly and a partner launched a coach and mentoring organization called TC Sol Futsal. In July, they are hosting a summer league where the only fee to play is signing up for an hour of service each week in the north Minneapolis community.

"I grew up playing the game in the area and there wasn’t a program like this, so it’s personal for me," Wimberly said. "Also, that families don’t have to pay these astronomical fees."

The game, Wimberly says, is a catalyst for service.

The Sol of the Cities Futsal League kicks off July 10 and runs until Aug. 14. The league will be hosted at North Commons Park in Minneapolis.

Free meals and uniforms will be provided.

Youth between 8 and 16 years old can participate.

You can find more information at playwithsol.com.