According to the U.S. Parachute Association, the Minneapolis residents exited the plane more than two miles above the ground with their two other teammates. In the competition, they race against the clock to form prescribed geometric formations while freefalling before they open their parachutes. 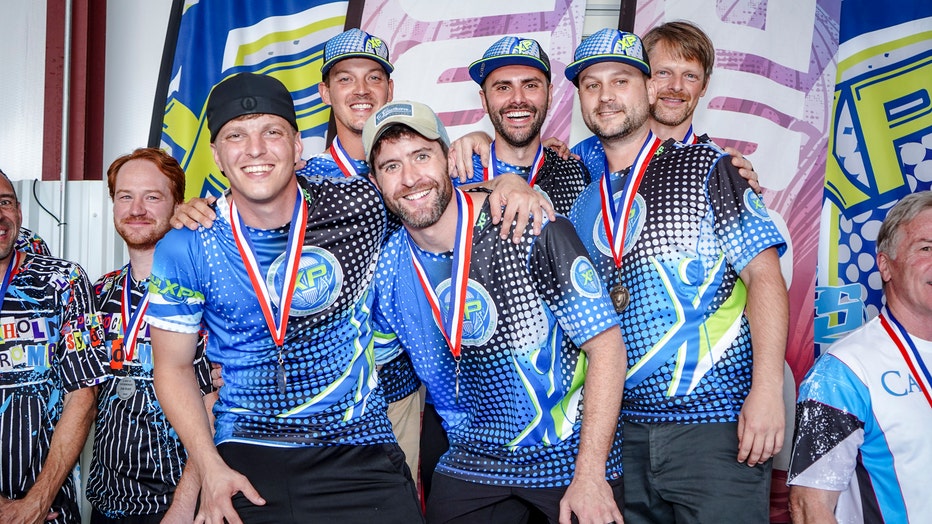 Behind them, a videographer captured their maneuvers for the judges on the ground. 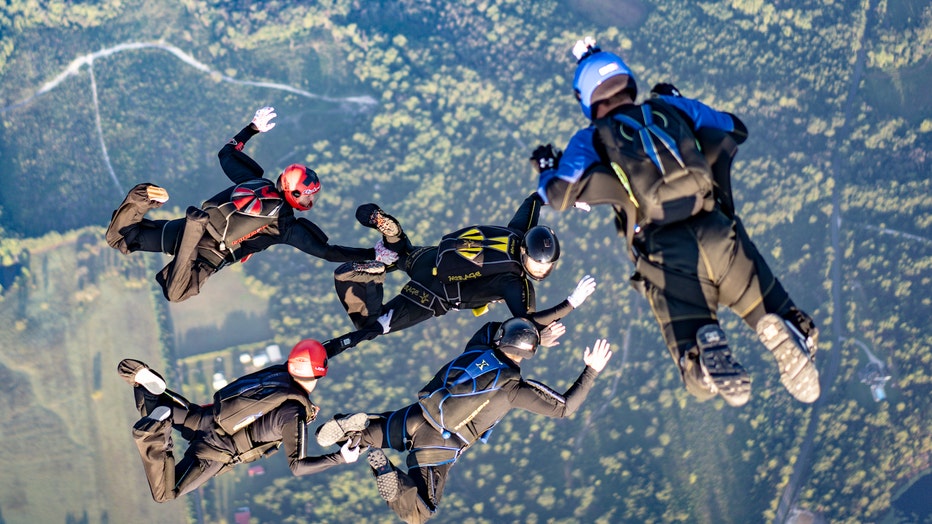 Followed by a videographer for the judges below, the Platinum XP team won gold this week. (USPA/David Cherry)

McParland, 28 is an analytic consultant for Wells Fargo and has completed more than 700 skydives. The other Minneapolis resident, Weeks, is 30 years old and has more than 800 jumps on his record.

More than 600 of the country’s best skydivers competed in the event, which runs through next week in North Carolina. 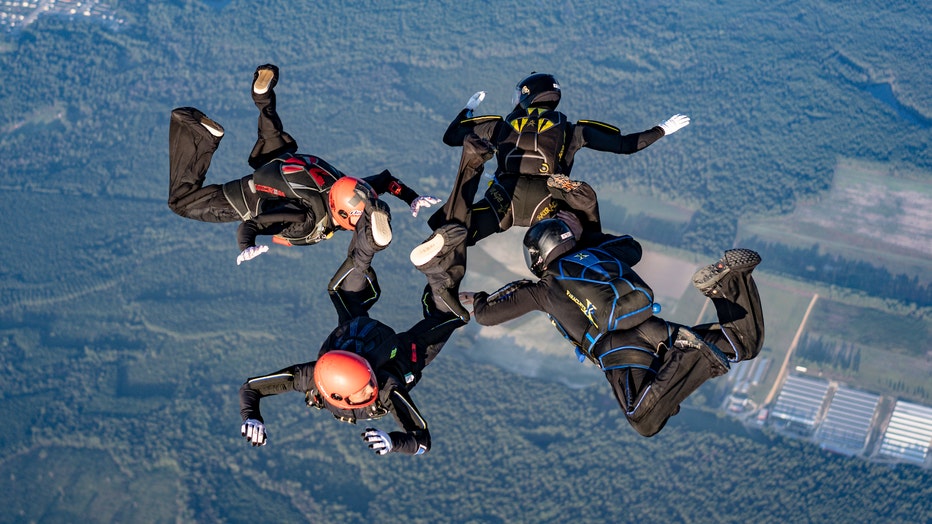