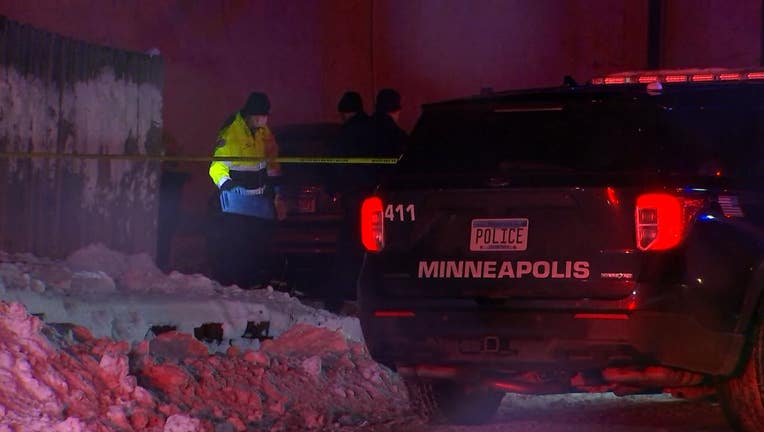 A man and woman were found with gunshot wounds in a car in an alley near 45th and Bryant Avenues in north Minneapolis on Dec. 12, 2021. This is the city's 92nd homicide of the year. (FOX 9)

MINNEAPOLIS (FOX 9) - A woman is dead and a man is hospitalized with serious injuries after an overnight shooting in north Minneapolis. According to Minneapolis police, officers responded to multiple ShotSpotter activations at 3:30 a.m. Sunday near the 4400 block of Bryant Avenue N. Moments later, a 911 caller stated said he had been shot.

Responding officers found a man and a woman with gunshot wounds sitting in a car in an alley. The man was taken by ambulance to the hospital in serious condition. The woman died at the scene.

Minneapolis homicide investigators have opened an investigation, but there is limited information on who else was involved and what led up to the shooting.

The Hennepin County Medical Examiner’s Office will release the identity of the deceased woman along with the cause of death.

Anyone with information is encouraged to call CrimeStoppers at 1-800-222-TIPS (8477). Tips may be submitted electronically at www.CrimeStoppersMN.org. All Tips are anonymous and anyone providing information leading to an arrest and conviction may be eligible for a financial reward.