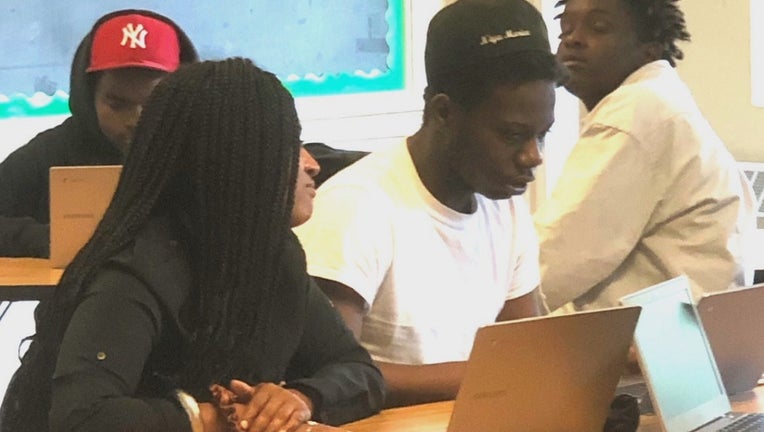 The program works to help struggling seniors get their diploma.

"The inequities in education has been exasperated during distance learning," said English teacher and education activist Nafeesah Muhammad.

The summer school program is particularly focused on raising the graduation rate among Black students.

The new initiative is working to uplift Black high school seniors left behind.

"It's not a new phenomenon, it’s a trend where roughly 30 percent of our Black students don’t graduate," explained Muhammad.

Muhammad says that more than 230 Black seniors did not receive a high school diploma this year. The new summer school program, she says, is unlike any in the past. This one is called: "We Win When Black Students Graduate."

One week into a four-week program at Edison High school and the outreach continues.

"I think it’s important to understand that this is a community effort - this is teachers, educators this is community activists, cultural workers in the community all coming together to support the students."

After more than a year of distance learning, Muhammad says the initiative offers students something they may have been lacking - a real connection.

"Being back, they’re getting that connection," she said. "They are getting immediate feedback and encouragement and affirmation the things that need for academic success."

The program is open to all students who are behind on their credits. Muhammad says hopes that the program becomes a year-long initiative. Anyone interested in more information should contact the Minneapolis Public Schools Office of Black Student Achievement at 612-578-8992.