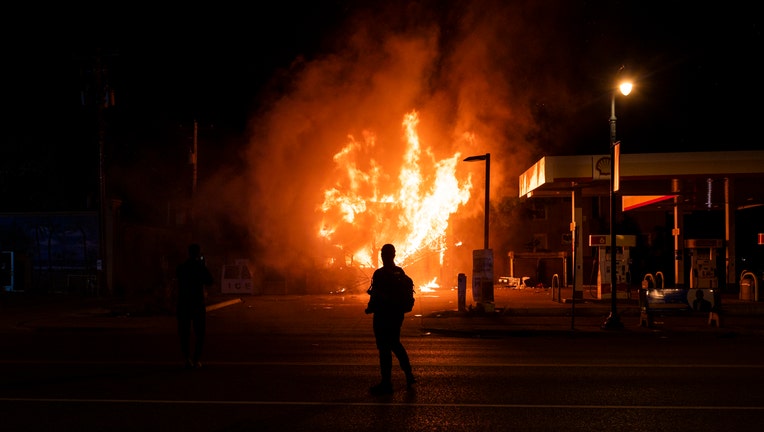 A fire burns at a gas station on Lake Street on May 29, 2020 in Minneapolis, Minnesota. Protests have been ongoing in the state and around the country since George Floyd's death while in police custody on Monday. (Photo by Stephen Maturen/Getty Image

According to the city of Minneapolis, the state of Minnesota approved requests from the city and Hennepin County for property tax relief after an estimated $1.7 million in damage for property owners. The state will be reimbursing the city and other local taxing authorities $1.3 million.

75 of the 600 properties sustained “significant” damage or were destroyed during the unrest, according to a release. Most of the damaged properties were along Lake Street, the city says. Damage included graffiti, broken windows, structure damage due to forced entry, fire and water.

Hennepin County will be recalculating the property taxes for these businesses owners and will issue refunds if tax bills are overpaid.