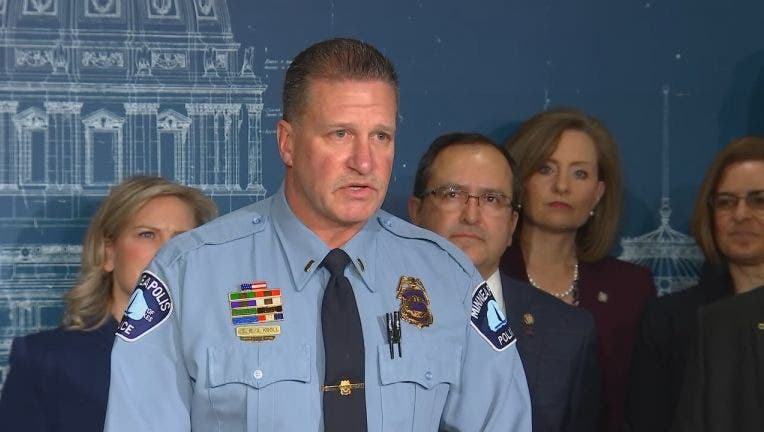 MINNEAPOLIS (FOX 9) - The head of the Minneapolis police union Lt. Bob Kroll announced he is retiring at the end of the month.

In a letter sent to members of the Police Officers Federation of Minneapolis Monday, Kroll said his original plan had been to leave at the end of May, which would have been after 25 years of serving on the board.

The head of the Minneapolis police union Lt. Bob Kroll announced he is retiring at the end of the month.&nbsp;

"After reviewing the bigger picture, it is in my family’s best interest for me to retire four months early," Kroll wrote. "This week, I complete 32 years of service with the Minneapolis Police Department. After looking through the roster, fewer than 10 members have been around longer than I have. It is time."

Calls for Kroll to resign as the police union president have been near constant since the death of George Floyd in Minneapolis police custody last May. In the aftermath of Floyd’s death, Kroll wrote a letter to union members calling Floyd a "violent criminal" and expressing support for the officers involved.

Protesters call for head of Minneapolis police union to resign

Multiple groups have called for the resignation of Lt. Bob Kroll, the President of the Minneapolis Police Federation.

In Monday’s letter, Kroll said he is proud of what they have accomplished during his time on the board and that the federation is "in a strong financial position and well-prepared to take on the challenges that lie ahead."

Kroll said the most difficult part of making his decision was seeing "how our noble profession has been demonized."

"I commend all of you who do this job under unimaginable circumstances and public shaming. You are real heroes," he wrote.