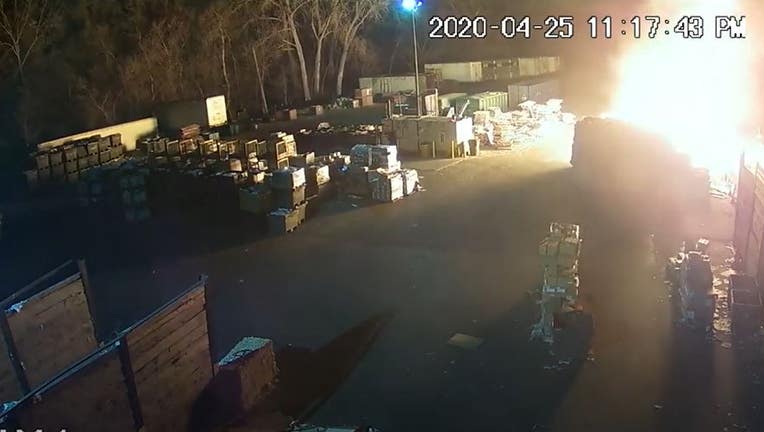 According to police, on April 25 around 10:30 p.m. at 179 Irving Avenue North, an unknown person set a bale of packaged, recycled materials on fire, which quickly spread to other bales nearby. The incident caused an estimated $10,000 loss to Pioneer Paper.

Earlier that evening, three men were seen near 1st 1/2 Avenue North and Oliver Avenue North walking toward Pioneer Paper. The men are described to be in their 20s or early 30s and one was seen holding a garden style torch. Just before the fire, surveillance video captured people approaching the business from the railroad tracks.

Investigators believe the flamethrower used was likely a hand-held, garden style torch. It could be homemade or a modified torch with the ability to throw a large amount of flame.

Anyone with information related to this incident is encouraged to call the Minneapolis Arson Desk at (612)673-3070. A cash reward may be available if information leads to an arrest and/or prosecution.

To view the full surveillance video as well as images of torches that may have been used, click here.