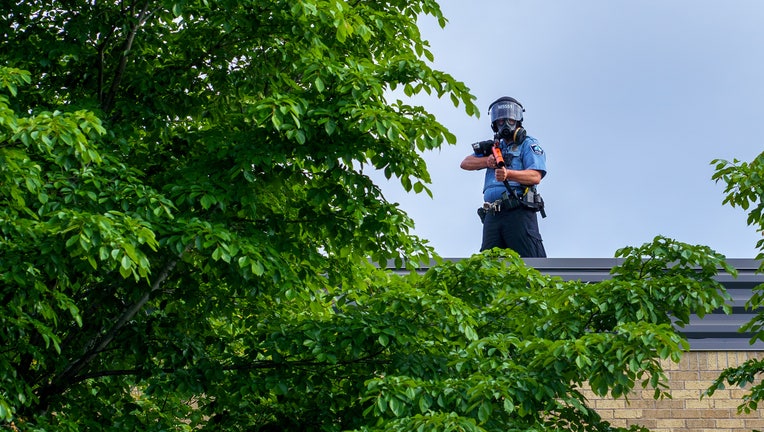 A police officer stand on the roof of the Third Police Precinct holding a projectile launcher during a demonstration in a call for justice for George Floyd following his death, outside the 3rd Police Precinct on May 27, 2020 in Minneapolis, Minnesota

MINNEAPOLIS (FOX 9) - Minneapolis Police Chief Medaria Arradondo says an overnight protest in response to the death of George Floyd has led to significant property damage. While understanding of the "emotion and trauma that our city has been experiencing," the chief did not condone the violence from some of the protesters.

"We cannot have members of our community engaging in destructive criminal types of behavior," said Arradondo. "I want to stress the vast majority of individuals that have been participating in these gatherings have been doing so respectfully, peacefully."

Protesters breached a nearby Target store and looted it Wednesday night as other protesters continued to clash with police in Minneapolis.

Tuesday night, protesters damaged windows at the Minneapolis Police Department's Third Precinct and damaged at least one squad car. Arradondo says there were five arrests made adjacent from the 3rd Precinct building. Some of the arrests happened in connection to the burglary of a nearby liquor store. A Minneapolis police spokesman says officers began using tear gas when the protesters began trying to break in to the precinct. 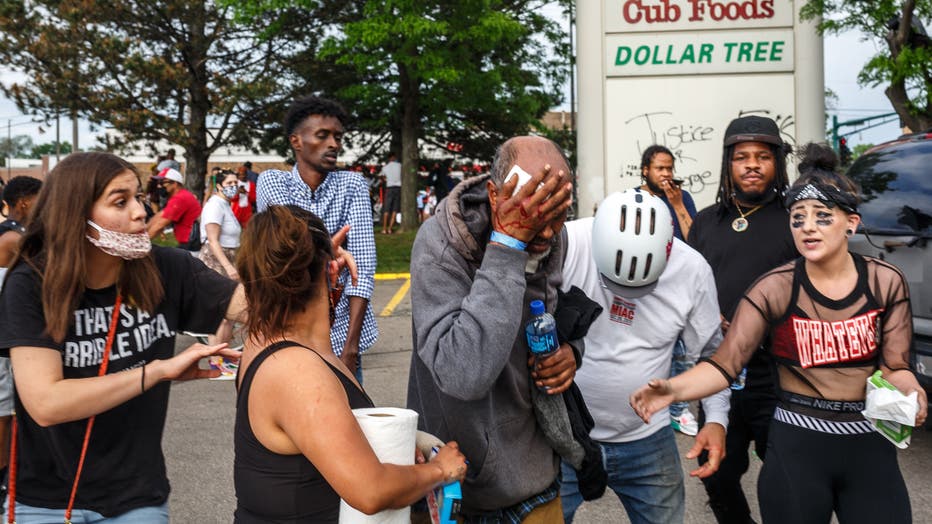 A Somali-American injured man is helped by others as protesters clash with the police during demonstrations against the death of George Floyd outside the 3rd Precinct Police Precinct on May 27, 2020 in Minneapolis, Minnesota. - The family of an Afric 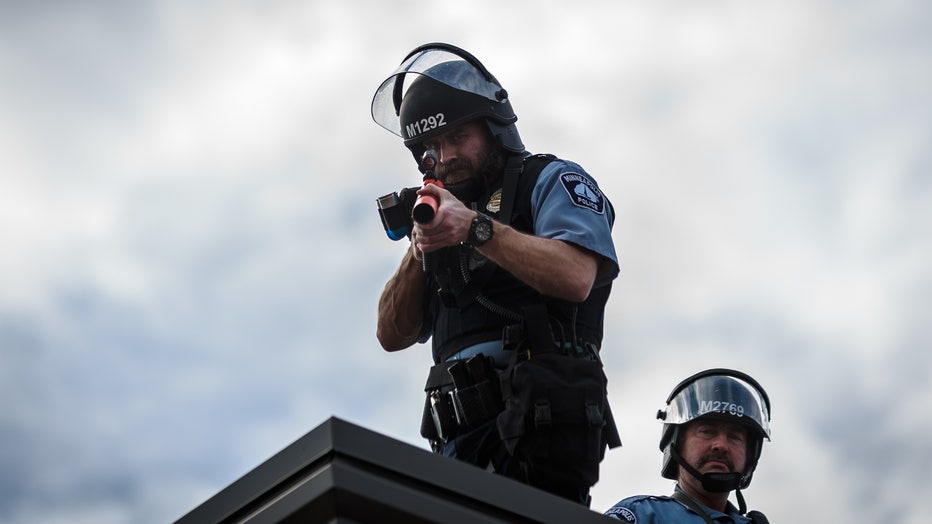 Two police officers stand on the roof of the Third Police Precinct holding a projectile launcher during a demonstration in a call for justice for George Floyd following his death, outside the 3rd Police Precinct on May 27, 2020 in Minneapolis, Minnes

Arradondo says during the protest he asked his officers to show restraint, which meant a city building was significantly damaged, but the chief says he would rather that would happen than an officer or civilian get seriously hurt. However, he does not condone the violence shown by some of the protesters.

"The Minneapolis police Department will continue to ensure the safeguards of everyone's First Amendment, but it cannot be at the expense of others' personal safety," said Arradondo at a press conference Wednesday.

He would not comment on the specifics of the case. He did not know when the body camera footage would be released.