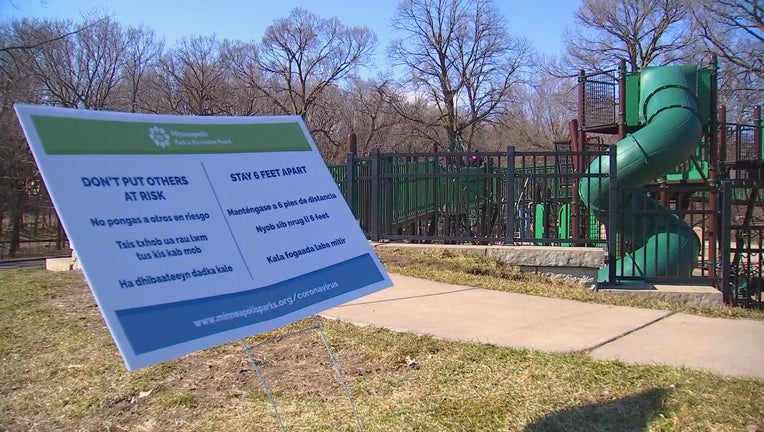 MINNEAPOLIS (FOX 9) - A Minneapolis Park and Recreation Board commissioner is opposing a plan to close more parkway streets amid the coronavirus pandemic.

The closure follows the shutdown of part of West River Parkway near the Stone Arch Bridge and a section of Main Street.

The reasoning behind the closures is to allow more space for social distancing at parks. However, one park commissioner is warning against those closures.

In a Facebook post last week, Commissioner Kale Severson says he believes the parkway closures may cause the opposite of the intended effect.

In two messages in recent weeks, Superintendent Al Bangoura said the park board had received numerous complaints of failures to obey social distancing rules in the parks. The superintendent warned that the board and city could be forced to close the parks if visitors failed to social distance.

"My stance on Minneapolis Parkways may be unpopular with some but my first responsibility is to the safety of my constituents -- many of whom are disproportionately likely to contract COVID 19," Severson wrote.

Under Governor Walz's stay at home order, people are encouraged to stay inside and to avoid gatherings. But, exercise and time to get fresh air is allowed.

But, Severson says, instead of inviting people into the parks, the board should instead encourage people to stay near their homes.

"I know it's contrary to what we normally do but during this time, we should follow the lead of other park systems and the Minneapolis Park Board should be encouraging people to stay home," Severson writes. "We should also be encouraging people if they need exercise to walk in their community where their home is - in other words walk around your block."