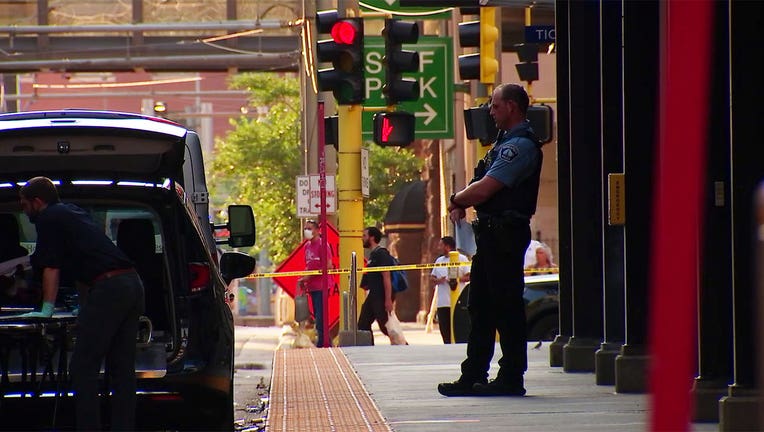 MINNEAPOLIS (FOX 9) - A 17-year-old from St. Paul has been charged for the fatal shooting on Tuesday on a light rail platform in Minneapolis.

The Hennepin County Attorney will seek to have the teenager charged as an adult. He's currently charged with intentional second-degree murder.

The charges say that on Aug. 2, the 17-year-old shot and killed a 15-year-old at the Nicollet Mall light rail station.

Using surveillance footage, investigators followed the suspect, who had boarded a bus.

When police located the suspect, they found a gun on him that was the same caliber as the one used to kill the 15-year-old.

A shooting on a train platform in downtown Minneapolis left a teen dead Tuesday evening. Authorities responded to the Nicollet Mall platform, along 5th Street South between Nicollet Mall and South Marquette Avenue, around 5:30 p.m. for the shooting.