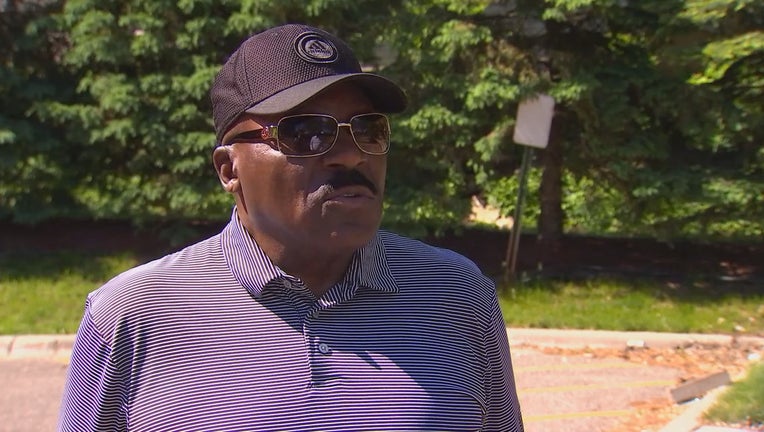 MINNEAPOLIS (FOX 9) - Civil rights activists hope the arrest of the police officer involved in the death of George Floyd on murder charges will help calm the tensions that have boiled over across the Twin Cities and country.

Derek Chauvin was taken into custody on Friday, days after a video posted online showed him pressing his knee into Floyd's neck while Floyd cried that he couldn't breathe.

Floyd later died at the hospital.The loss sparked anger across the nation, resulting in protests and riots in the Twin Cities.

For longtime activist Spike Moss Chauvin's arrest just days after Floyd's death was a change was a milestone he's worked his whole life to see.

"We made history and I thank god he let me live long enough to see it happen," said Moss.

"Since 1966 to 2020, this is the first time the City of Minneapolis has charged a white officer with the murder of an African American male."

Moss says the unrest in the Twin Cities over the last couple of nights reminds him of what he calls rebellions along Plymouth Avenue on the northside in the late 60s.

While some in the community want tougher charges against former Minneapolis police officer Derek Chauvin than third-degree murder and manslaughter for the death of George Floyd. Moss says the charges are a start.

"I think they'll be mad because they didn't hear first degree," said Moss. "Because I know they don't know how the system works or how this could happen."

Some community activists believe Chauvin's arrest will take some of the momentum away from the chaos and destruction that have erupted as a result of Floyd's death.

"I hope it takes the wind out and we got a curfew coming now and I hope the community understands this guy is being charged," said activist Al Flowers. "Those charges could escalate depending on the eveidence that is coming in."

While others hope it leads to charges against the three other officers who were with Chauvin as well and points the way to more positive path forward.

"I know that's alot of pent up energy and anger that folks don't know what to do with it," said Alicia Smith of the Corcoran Neighbor Association. "But destroying the spaces where you call home or your neighbors, friends, grandparents call home is not the way to do it."