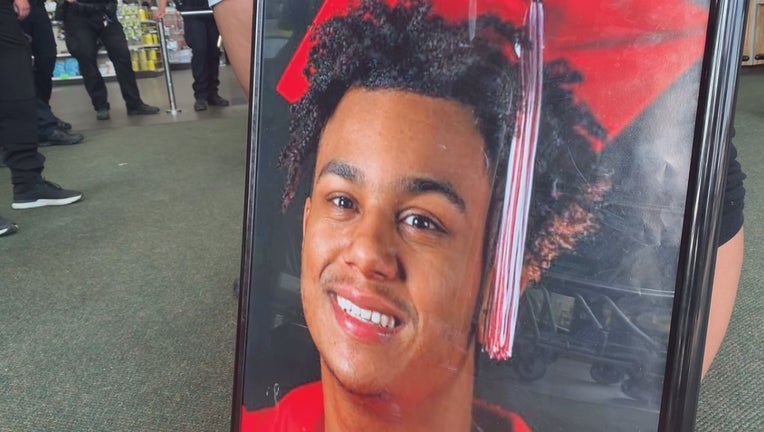 The sister of James Stanback holds a photo of her brother after the deadly accident at Menards on Thursday. (FOX 9)

GOLDEN VALLEY, Minn. (FOX 9) - Police say a Menards employee was killed Thursday morning after an accident at the store in Golden Valley.

Officers say it appears the worker was using a forklift when a pallet of lumber fell on top of the forklift, killing the man.

Police say a Menards employee was killed Thursday morning after an accident at the store in Golden Valley. Officers say it appears the worker was using a forklift when a pallet of lumber fell on top of the forklift, killing the man.

When emergency crews arrived shortly after 10 a.m., they found the worker pinned under the forklift and unconscious. In a statement, the store said the accident occurred in the outside yard at the store at 6800 Wayzata Boulevard.

Police say OSHA has been notified of the accident.

In a statement, a store spokesperson wrote: "We are a small family here at Golden Valley and we are all in shock.  Our thoughts and prayers are with our Team Member’s family."

Hours after the death, the family of the victim, identified by them as James Stanback, visited the store where he died.

There was raw emotion and pain over the loss of James Stanback both outside and inside of the Menards Store in Golden Valley after the 19-year-old was killed in a tragic forklift accident on Thursday morning.

Joined by other family members and friends, Stanback's older sister, Mystaya, carried a picture of her brother into the store on Thursday afternoon, demanding that it close for the rest of the day.

"He was an employee here. I felt like y'all should have shut the store down and let the family come up here...Y'all should be sad, too," said Stanback.

Stanback tells FOX 9 her brother was a recent graduate of Patrick Henry High School in Minneapolis and had only been working at the store for about a month.

"He was 19-years-old. Where's the sympathy for his family? We did not want to come up here... but y'all didn't value him," said Stanback.

The demonstration prompted a large law enforcement response from several different agencies across the Twin Cities metro, with police officers attempting to push the crowd out of the store at one point. 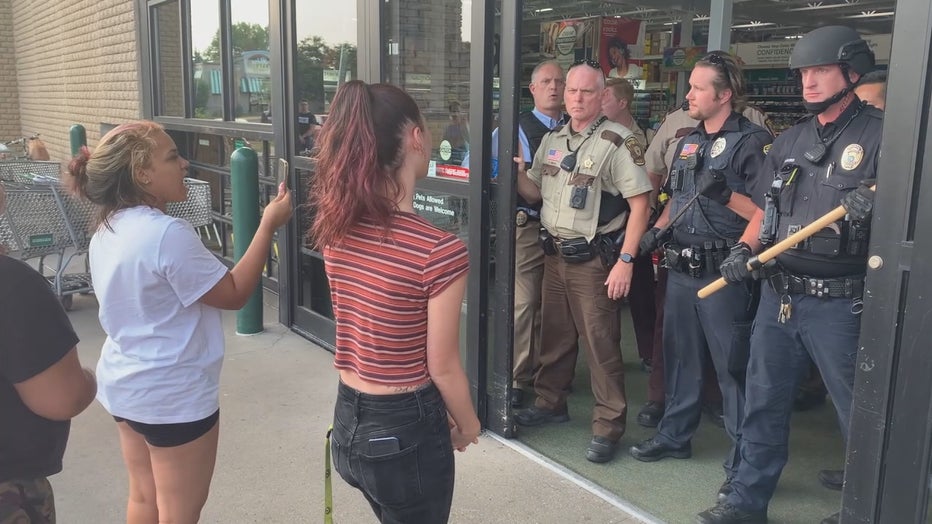 Golden Valley Police were called to the store around 10 Thursday morning after a 911 caller reported a male employee was unconscious and pinned under a forklift. Just four hours later, the outdoor lumber yard of the store was blocked off and closed to customers, but the rest of the store was open for business.

Mystaya Stanback believes out of respect for his loved ones, the store should have shut down for the day.

Minnesota OSHA has been notified of his death and is investigating.

The store shut down for the day around 5:30 p.m. A sign put up outside the store Thursday night explained the store would reopen at noon on Friday.

It's still unclear how many, if any, arrests were made.